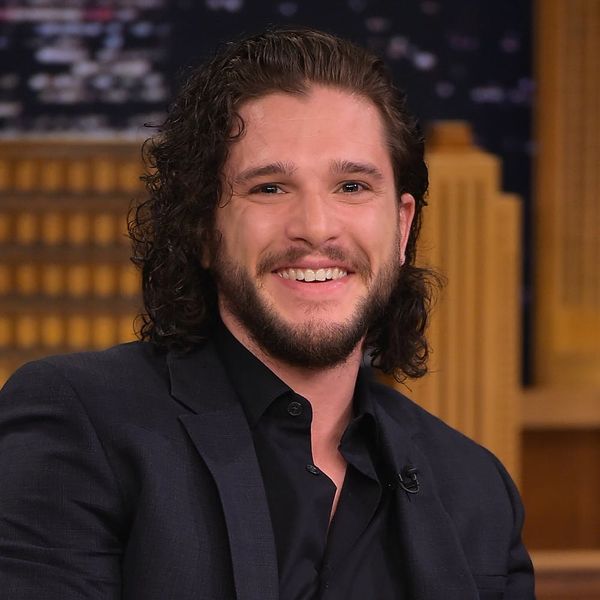 Kit Harington is all about living his truth lately, whether that means telling Italian Vogue just how and when he fell in love with girlfriend and co-star Rose Leslie, or fessing up to late night host Jimmy Fallon about the crazy Game of Thrones stunt he recently pulled to get out of a speeding ticket.

As Kit told it to Jimmy on The Tonight Show Starring Jimmy Fallon last night, despite being sworn to secrecy about Jon Snow’s still-breathing status, Kit not only spilled the beans to his mother, father and his girlfriend, he also let one policeman in on his secret.

After being pulled over for speeding, Kit says he was faced with no other option when the officer said, “Look, there’s two ways we can do this. You can either follow me back to the police station now and I book you in, or you can tell me whether you live in the next series of Game of Thrones.”

When Kit chuckled, the police officer let him know that he definitely meant business by saying, “I have to tell you — whether I take you into the police station depends on what your answer is.”

Stuck between a rock and a hard place, Kit naturally chose the latter. The policeman, all too pleased with Kit’s response, motioned him forward by saying — wait for it — “On your way, Lord Commander.”

Get. OUT! We’re dying! We aren’t the only ones — Jimmy was in stitches, too!

Watch Kit’s full confession in all its hilarity below!

What’s the craziest thing you’ve ever done to get out of a speeding ticket? Tell us on Twitter @BritandCo!

Nicole Briese
Nicole is the weekend editor for Brit + Co who loves bringing you all the latest buzz. When she's not busy typing away into the wee hours, you can usually find her canoodling with her fur babies, rooting around in a bookstore, or rocking out at a concert of some sort (Guns N' Roses forever!). Check out all her latest musings and past work at nicolebjean.com.
Game of Thrones
Celebrity News
Game of Thrones
More From Celebrity News