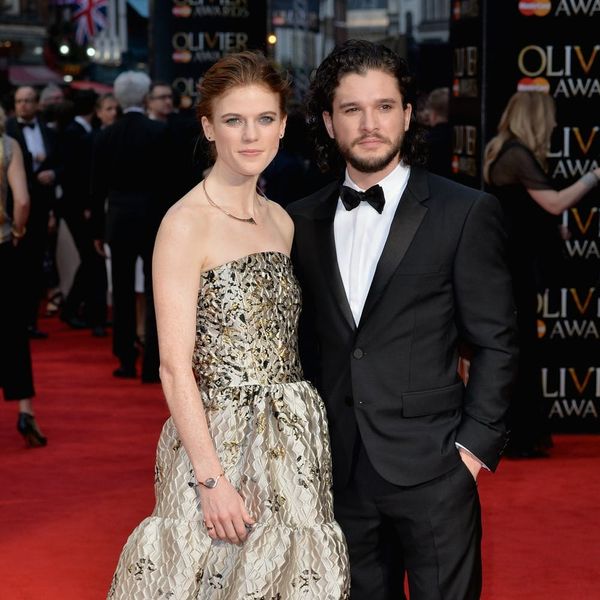 Just when we thought Game of Thrones couldn’t possibly get any better, the cast members not only go and do an interpretive dance to the show’s theme (so rad!), but Kit Harington and Rose Leslie (perhaps better known as Jon Snow and Ygritte), went and fell in love in real life, making all of our heads explode collectively.

According to Kit Harington, who spoke on his blossoming romance in a new interview with Italian Vogue, it was a combination of attraction, beautiful scenery and staged love that turned his feelings for co-star Rose Leslie into the real deal.

Citing “the three weeks we were in Iceland when we were shooting the second season,” as his favorite memory from the show (thus far that is, being that he’s not dead after all), Kit told the mag that it was “because the country is beautiful, because the Northern Lights are magical and because it was there that I fell in love.”

He also said that falling in love with Rose was more or less inevitable. “If you’re already attracted to someone, and then they play your love interest in the show, it becomes very easy to fall in love.” (Guess you do know SOMETHING, Jon Snow!)

But while Kit and Rose both wax poetic about their magical time on set, don’t expect to see these two together onscreen again anytime soon. Rose told Standard Online that “I think we leave it at that. I think it’s important to do your own projects that mean a lot to you individually, rather than be associated with someone else. I’m a big believer in doing your own thing.”

Are you reduced to mush by Kit’s profession of love? Tell us over @BritandCo!

Nicole Briese
Nicole is the weekend editor for Brit + Co who loves bringing you all the latest buzz. When she's not busy typing away into the wee hours, you can usually find her canoodling with her fur babies, rooting around in a bookstore, or rocking out at a concert of some sort (Guns N' Roses forever!). Check out all her latest musings and past work at nicolebjean.com.
Game of Thrones
Relationships
Game of Thrones love