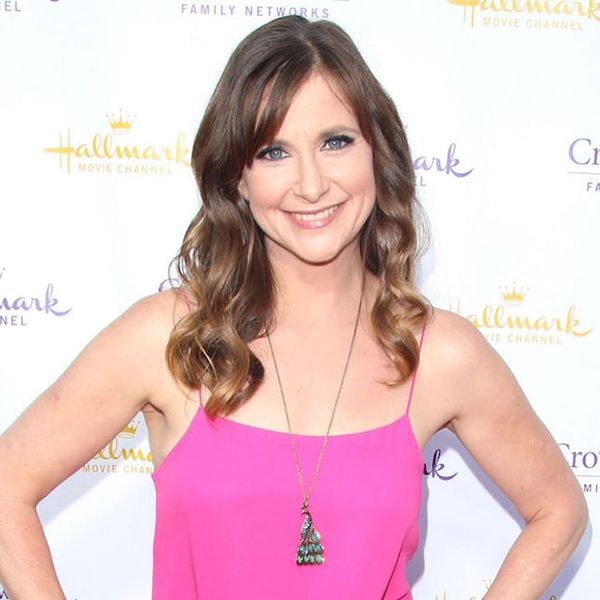 Happy Hump Day! From your newest family photo #goals to the discovery of the mysterious Becky With the Good Hair, here are six of today’s top news items to get you through the day!

1. This might be the most adorable family photo ever. Kellie Martin finally gave the world a peek at her “surprise” new daughter Olivia James, who was born to the ER actress and her husband back in February. Don’t worry — the delivery wasn’t a surprise, but rather, the couple — parents of nine-year-old Maggie and owners of a farm full of animals — didn’t plan on having any more kids when they found out they were expecting. “It was just one of those situations that this baby wanted to be here,” Kellie tells People. “She really is such a sweet surprise all the way around. She’s our bonus baby!” If this photo of the whole family along with SO MANY ADORABLE PET GOATS is any indication, this baby’s life is going to rule.

I was very excited to perform a tribute to Bob Dylan by singing a cover of "It ain't me, babe" at the Billboard awards this year. I'm very sad and sorry to say I won't be allowed to do this. I just wanted to make very clear that this performance was about me honoring one of my favorite songwriters of all time and has never had anything at all to do with Dr. Luke. I was never going to use a picture of him, speak of him or allude to my legal situation in any way. I simply wanted to sing a song I love to honor an artist I have always looked up to. thank u all for the continued support.

2. Dr. Luke’s label called off Kesha’s Billboard Music Awards performance. Ugh. Last week, rumors that Kesha would appear at Sunday’s Billboard Music Awards started surfacing, but just as quickly, her performance was reportedly rescinded by the label of the producer Kesha alleges sexually assaulted her and from whom she tried, and failed, to be released from contract. “I just wanted to make very clear that this performance was about me honoring one of my favorite songwriters of all time and has never had anything at all to do with Dr. Luke,” she wrote in the caption of a photo of herself playing guitar. “I was never going to use a picture of him, speak of him or allude to my legal situation in any way. I simply wanted to sing a song I love to honor an artist I have always looked up to.” Dick Clark Productions, who produces the show, said they hope the issue could still be worked out by showtime. (via Rolling Stone)

3. Wait. Has Justin Bieber been trying to morph into Ryan Gosling this whole time?! More specifically, Ryan Gosling in The Place Beyond the Pines? The Beibs posted not one, but TWO stills of the ‘Gos from the movie and captioned them both “What a beast.” The bleached hair? The tattoos? The general trouble-getting-into-ness?! WE SHOULD HAVE SEEN THIS THE WHOLE TIME. Also, insert cry-laughing emoji here. Everyone is equally powerless when it comes to Ryan Gosling.

4. Kate Beckinsale and her ex recreated the photo from the day their daughter was born. See, just like Gwyneth and Chris have shown us very recently, you CAN grow up to be friends with your ex — especially when there are children involved. Kate and ex Michael Sheen had Lily 17 (!) years ago now, and posted an adorable and fun pic of the three of them in the exact same positions and framing. “Always a baby to me #Lily,” Kate captioned it. So cute! Also, nice work getting a teenager to agree to doing this with their parents!

5. This pile of puppies pinwheeling around their feeding dish is your Hump Day moment of Zen. Seriously, this is SO mesmerizing. *Exhales long, deep breath.* Now let’s do this!

6. Quote of the day: “You guys, I found Becky.” Kim Kardashian in a Snapchat while slowly panning up to reveal her mom, Kris Jenner, posing in a long lemonade-patterned dress. Just when you think this meme is played out, Kim saves it.

What helps you get through your mid-week slump? Let us know over @BritandCo!