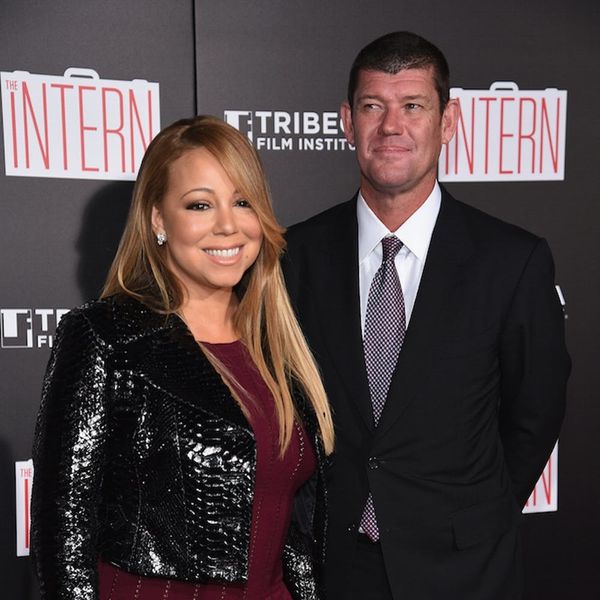 Mariah Carey is about to be a married woman! It’s been a whirlwind romance for Mariah Carey and Australian billionaire businessman boyfriend James Packer, and after less than a year of dating, the two are engaged. Guess what they say about when you know, you know is true. According to the Daily Mail (who also has pics of the ROCK), the proposal went down in her hometown of New York City last night.

Mariah’s massive, absolutely show-stopping ring is emerald cut flanked with diamond baguettes, and reportedly clocks in somewhere around 35 carats. And no, in case you couldn’t tell, this ain’t your quaint DIY engagement ring — it could be worth as much as $7.5 million. With a ring like that, we can for SURE expect this wedding to be over the top.

These two lovebirds have been on a non-stop romance ride since they started dating last June, even spending the holidays together in Aspen with their respective kids. And, prepare to go awww. In the following July, Mariah actually dedicated her classic song Hero to her new BF during one of the Las Vegas performances. Adorable.

Do you think Mariah and James make an adorable couple? Let us know on Twitter at @britandco!

(Photos via @mariahcarey and Dimitrios Kambouris/Getty)