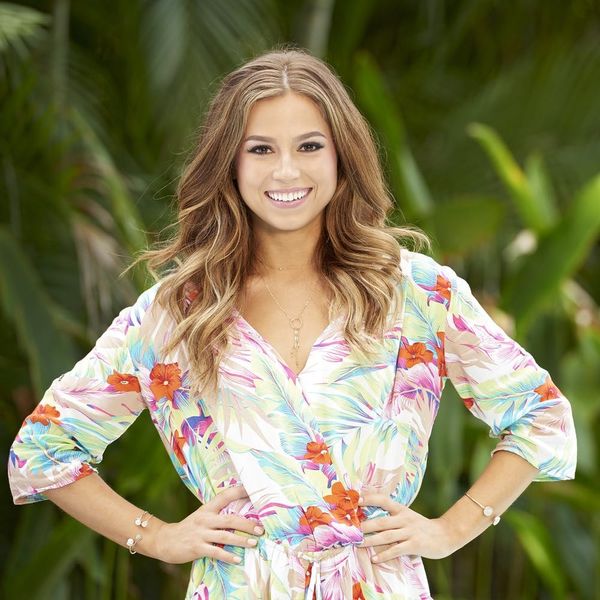 There was a time when everyone wanted to see Dean Unglert as the next Bachelor, but that time is now long gone, thanks to his “bad decisions” during season four of Bachelor in Paradise. Unglert’s love triangle with Danielle “D-Lo” Lombard and Kristina Schulman might have an upside for one of the ladies, though, as fans are already requesting Schulman as the next Bachelorette. But is she interested in being the one to hand out roses to a group of eager suitors?

“If asked to be the next Bachelorette, I would have to probably consider when the time comes to it,” the dental hygienist from Lexington, Kentucky, told fellow Bachelor Nation stars Ben Higgins and Ashley Iaconetti on The Ben and Ashley I Almost Famous Podcast.

She further explained her feelings by saying, “…watching Bachelor in Paradise, it was a lot of emotion. It’s hard to see yourself that emotional.” (It also can’t be easy to know that millions of viewers at home were watching every moment of the drama.)

But Schulman isn’t ruling out a return to reality TV — she just wants to take things as they come. “I don’t know. I think one day if the opportunity [to become the Bachelorette] presents itself, if it does… I’ll consider it then. [From] now on, I have to kind of learn from Bachelor in Paradise and move on from that.” That’s probably a wise (and totally mature) plan, TBH.

In any case, she has plenty of time to sort things out while Arie Luyendyk Jr. revs up for the next season of The Bachelor, which premieres in January 2018.

Would you like to see Kristina Schulman as the next Bachelorette? Let us know @BritandCo!