For Kylie Jenner, Thigh-High Boots Are the New Pants 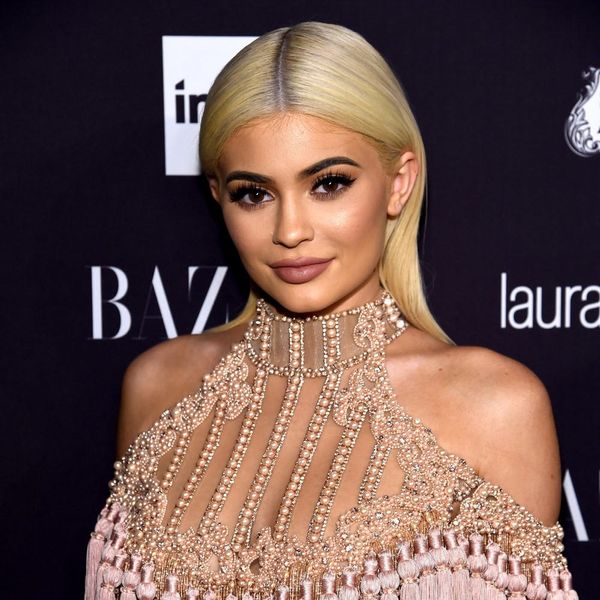 The thigh — er, we mean, sky — is the limit for Kylie Jenner. Yesterday, E!announced that the youngest Kardashian-Jenner would be getting her own eight-episode, half-hour docuseries KUWTK spinoff, Life of Kylie. After the news broke, the 19-year-old stepped out in *quite* the fashion statement, proving that she really does deserve her own show.

Yesterday, Jenner attended the PrettyLittleThing Campaign Launch for clothing line PLT Shape in Los Angeles. Jenner was there to show support for her friend Stassie Karanikolaou, who is the PLT Shape spokesmodel.

The reality star showed up wearing an oversized shirt and her long, raven locks down. But what really made the outfit was a pair of statement-making, thigh-high, electric purple Balenciaga boots that essentially nixed the need to wear any pants.

Obviously, she had to upload the look to Instagram (pics or it didn’t happen). She’s showing off the boots sitting in the backseat of a car, one boot in, one boot out. She simply captioned the photo with the purple smiling emoji with horns.

Maybe she realized the boots were saying enough already?

Well, what do you think of the purple boots? Will you add a pair to your closet anytime soon? Tweet us @BritandCo!

Channing Hargrove
Channing Hargrove is a freelance fashion editor and writer in New York City. When she isn’t writing about clothing (or shopping, for research, of course), Channing is writing about life in a tiny studio apartment in a big city — and what she’s wearing — on her blog, Channing in the City.
Celebrity Style
Celeb Style
Celebrity Style Kardashians
More From Celeb Style