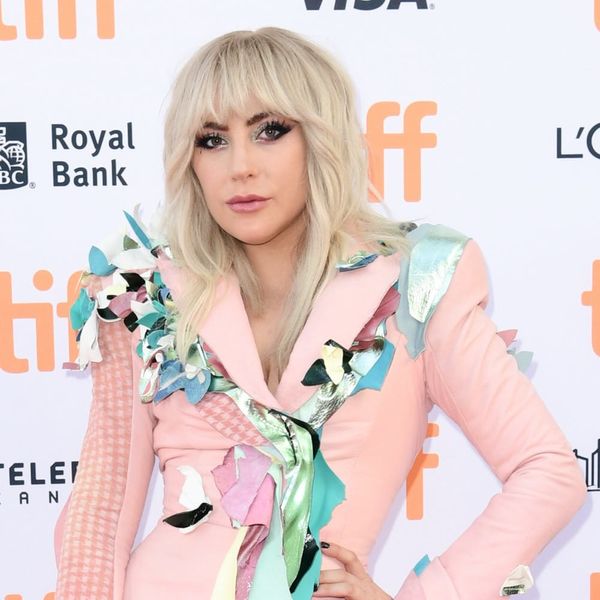 Days after tearfully opening up about her chronic pain struggles, Lady Gaga was hospitalized for “severe pain” due to fibromyalgia, a disorder that causes widespread muscle pain, as well as fatigue, memory, and mood issues. But even as she deals with her own terrifying health scare, she’s finding time to shout out others on the road to recovery, including fellow pop star Selena Gomez.

Earlier this week, Gomez shocked the world when she took to Instagram to reveal that she received a lifesaving kidney transplant this summer in her ongoing battle with lupus, a chronic disease that causes the body’s immune system to attack its own tissues and organs.

Gaga, who tested “borderline positive” for lupus back in 2010, was one of millions of fans who were moved and empowered by the 25-year-old’s bold admission and unwavering strength, and she let the world know. Taking to Twitter on Friday night, the “Joanne” singer sent “prayers & love to @selenagomez,” dubbing her a “warrior princess” and “an inspiration.” We couldn’t agree more!

Prayers & love to @selenagomez you are a warrior princess. What an inspiration. 🙏

Gomez, who has always been open about her battle with lupus, is doing wonders to raise both awareness and donations for the cause. She gave a portion of ticket sales from her last tour to the Lupus Research Alliance, and her prompts for fans to visit the organization’s website to learn more and get a better understanding of the chronic disease have had a massive impact.

Sometimes it's incredibly difficult to wake up every day knowing there is so much going on in the world. At times I feel selfish, I ask why, I ask how can this change? Will it actually ever change? I try to contribute my heart before anything because it can be so easy to lose the desire to have hope when sometimes all I want to be is angry. When I read about the beautiful women who wake up consciously every day to make a change, it inspires me to want to do so much more. Not really sure how I got so lucky @time but thank you for highlighting the power of what we can and will always strive to be. I believe in the goodness in the land of the living. I hope this is just the beginning of more change.

“Our phones have been ringing off the hook and our website traffic has soared,” Kenneth Farber, president and CEO of Lupus Research Alliance, told E! News. Between the tour proceeds, “requesting donations to us on the occasion of her birthday, as well as yesterday’s announcement… her appeals have raised almost $500,000 for research funded by the Lupus Research Alliance.”

Are you inspired by Selena Gomez? Tweet us @BritandCo.