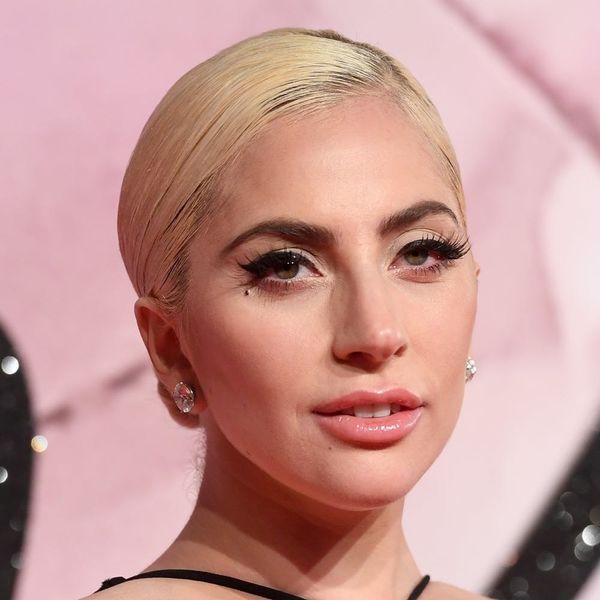 Lady Gaga is riding the rainbow color wave! To celebrate the kickoff of her Joanne world tour (which will begin on August 1 in Vancouver, Canada, and run through December 18), the singer underwent a tress transformation courtesy of @fredricaspirashair. “3 Days,” Mother Monster captioned the pic of the colorful results.

Though we can’t see her ‘do in its entirety, it appears to be half green and half pink, with her naturally dark roots peeking out through dyed-over streaks of blonde.

It’s a much bolder take on the light peach strands the 31-year-old debuted last month, which had her looking like a whole new woman, or the peekaboo pink and yellow streaks she donned for her performance with Metallica at the Grammys.

Still, the drastic change is fitting for what Gaga told Entertainment Weekly will be the theme of sorts of her tour. “I hope [fans] are able to celebrate with me what Joanne is: a woman looking out, putting her hat on, and saying to herself, ‘I’m about to go somewhere because I’m getting out of here. I’m leaving. I’m not sure what will happen or if I will even like it, but I don’t care, because I can’t stay here.’”

While we’re not sure if the look is permanent, or a disappearing bright, like Gigi Hadid’s now-you-see-it-now-you-don’t fuchsia ponytail, we’re digging the look for however long it lasts.

What do you think of Gaga’s new *lewk?* Weigh in over @BritandCo.

Nicole Briese
Nicole is the weekend editor for Brit + Co who loves bringing you all the latest buzz. When she's not busy typing away into the wee hours, you can usually find her canoodling with her fur babies, rooting around in a bookstore, or rocking out at a concert of some sort (Guns N' Roses forever!). Check out all her latest musings and past work at nicolebjean.com.
Celebrity Hair
Hair
Celebrity Hair
More From Hair