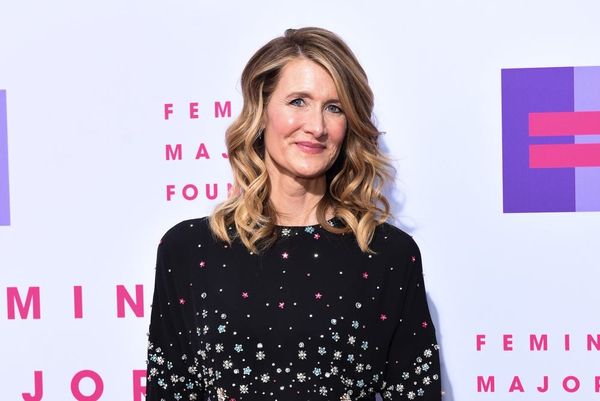 When you think of Big Little Lies, you’re probably not going to draw any immediate comparisons to Equal Pay Day. But Laura Dern can make a pretty good case for why you should.

“Women not protecting the lie is the nature of the [show’s] theme, and it’s an interesting theme for us to examine,” the actress told Brit + Co in an interview ahead of Equal Pay Day on April 2. She went on to explain how the HBO series, which returns for its second season in June, indirectly mirrors recent shifts in Hollywood, particularly with regards to gender equality and the Time’s Up movement.

“To be female workers in an ensemble has been an unbelievable rarity,” she shared. “Particularly for myself, Nicole [Kidman], and Reese [Witherspoon], who’ve been doing this since we were kids, only recently have we ever worked with other women, and I include cast and crew in that. You know, we’re usually the one female role in the movie, and maybe there’s two women on the crew. And now we’re fighting for 50-50 by 2020. And as that’s shifting, it’s an exciting time to be part of a group of women where we’re acting out the exploration of what happens when you share your voice with each other. You find community, you find equality, you become safe. How gorgeous to be telling that story while we’re all waking up to wanting to make a difference.”

In a way, that story of community and camaraderie is the driving force behind the Time’s Up movement. “One thing that was incredible in the last year in the work that we’ve done around Time’s Up is that women, from various industries, came together with a common goal to support and protect other women,” Dern told us. “I think women didn’t know that they could use their voice, or they were terrified to, because somehow, someone’s going to find out and you’re going to get fired, so it’s better just to accept what you’re given and not ask any questions. And now, with the fight for transparency, we’re starting to see how glaring [the wage gap] is. I’ve been affected my whole life, and all my friends have, and we all work in different industries.”

That’s why Dern is so passionate about closing the gap. This year, she even teamed up with NUT-rition to promote and produce a video for the company’s Equal Pay Day campaign, which includes a legal helpline, in partnership with Equal Rights Advocates, for anyone who believes there’s a pay disparity in their workplace.

“It’s really important to ask questions so that you have the information,” the two-time Oscar nominee told us of the advice she’d give to people who find themselves in a position to advocate for themselves or others. “Once you learn more about how you’re being treated and about the pay gap within your own workplace, there’s always a tribe. It’s never just one person feeling like this. … Voice is everything, and reaching out and having a place to reach out is essential.”

For Dern, that place is on the set of Big Little Lies. Although she can’t dish any spoilers about season 2 — “we keep joking that we’re the most boring interview in town right now, because we’re sworn to secrecy” — she did offer some insight into the cast’s close-knit bond off-screen.

“The greatest story I can share is that it’s an incredible experience to go to work in a community and to lift each other up every day,” she told us. “To be at work and not hide what’s happening in your life, but share it as part of the work day, is not something I experienced early in my career. And to have that, where you’re all discussing what your family and your children and your parents are going through, and to feel a true, true family, is incredible. It makes every work day amazing, and it deepens the work, because it is ultimately about friendship and family.”

RELATED: 20 Women in Hollywood Who Have Spoken Out for Equal Pay