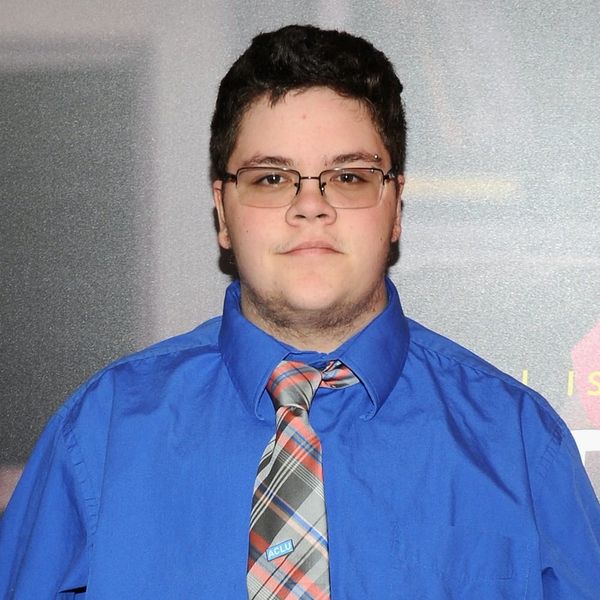 The LGBTQ+ community suffered a legal blow today as Gavin Grimm, a 17-year-old transgender teen fighting for his rights to use the bathroom of his gender, had his case dropped by the Supreme Court. If you’ll recall, the case, which was highly publicized by Laverne Cox at the Grammys, came about a result of a much-disputed debate back in 2014.

Grimm, who had been given doctor’s orders to “socially transition in all aspects of his life” as treatment for his gender dysphoria, had made the switch from using the female restroom to the male one with his school’s permission when parents and local Gloucester Country residents began to complain.

In response, the school adopted a policy that would force its transgender students (Grimm included) to use “alternative private” restroom facilities to avoid any further uproar.

At the time, the policy would have been in violation of a Title IX guideline (an amendment which prohibits sex discrimination in public schools) set in place by the Obama administration to include transgender students. Grimm’s case was filed in a district court with a request made for a ruling in time for Grimm to rejoin his male peers in the restroom by the 2015/16 school year, which was denied and dismissed. The US Court of Appeals for the Fourth Circuit overturned the decision, and the case was due to be heard by the Supreme Court on March 28.

Now, following a decision from the Trump administration to retract its protective guidelines for transgender students under Title IX, the Supreme Court is sending Grimm’s case back to court of appeals for a new ruling. Effectively, this means the top court of the land is bowing out of making the decision as to whether or not federal law would consider gender identity with regard to sex discrimination, leaving it up to the states instead. Gay, Lesbian, & Straight Education Network Executive Director Elizabeth Byard told CNN, “The Supreme Court has missed an opportunity to end the painful discrimination currently faced by tens of thousands of transgender students nationwide.”

It’s a move some see as a logical one, given the new legal circumstances, however, as Alliance Defending Freedom legal counsel Kerri Kupac said in a statement obtained by CNN, “It only makes sense for the Supreme Court to vacate the Fourth Circuit’s earlier decision and instruct it to reconsider this case.”

That’s not to say Grimm’s case is over: At the end of February, a federal judge ruled against Trump’s transgender policy in a recent case involving three Pennsylvania students (one of whom was Juliet Evancho, Jackie Evancho’s older sister), allowing them the freedom to use whichever bathroom they so choose, offering precedence for the appeals court (which has already ruled in Grimm’s favor once) to potentially do the same.

Look who I met tonight #GavinGrimm. This young man is so smart and is doing a great service to his country and trans people everywhere going to the #SupremeCourt #SCOTUS March 28. #StandwithGavin #transisbeautiful #TransRightsAreHumanRights

ACLU attorney representative Joshua Block issued a statement on Grimm’s behalf, saying, “While we’re disappointed that the Supreme Court will not be hearing Grimm’s case this term, the overwhelming level of support shown for Gavin and trans students by people across the country throughout the process shows that the American people have already moved in the right direction and that the rights of trans people cannot be ignored. This is a detour, not the end of the road, and we’ll continue to fight for Gavin and other transgender people to ensure that they are treated with the dignity and respect they deserve.”

What do you think of the Supreme Court’s Decision? Tell us over @BritandCo.