Lindsay Lohan Is Launching the Next Celebrity Beauty Empire 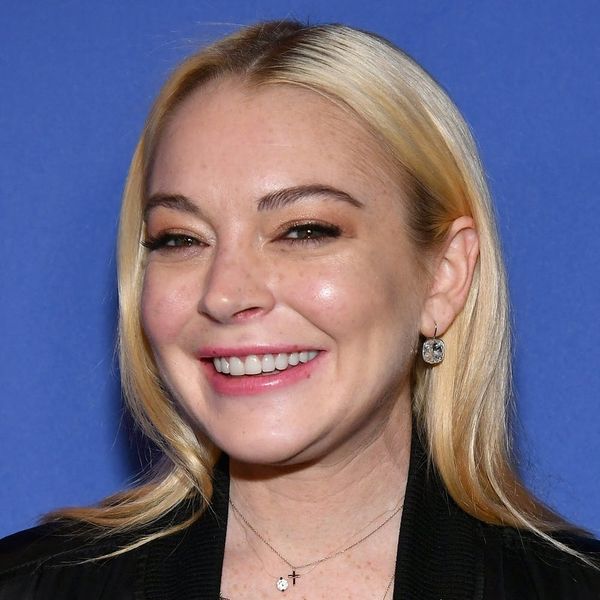 Shimmy on over, Rihanna, Kim Kardashian West, and David Beckham: There’s about to be a *new* celeb makeup collection in town! Lindsay Lohan, who is reportedly hard at work “trying to rebrand” herself,” is throwing everyone a curveball with plans to launch her own *cosmetics* line.

The 31-year-old dropped the bomb during an interview for The Wendy Williams show, where LiLo looked glowy in glittery beige eyeshadow and a semi-glossy pink lip. “…I have a lipstick beauty line coming out,” she said, “which we’ll discuss at some point.”

The collection, which the actress called “very exciting,” appears to include two lipsticks, a matte powder compact, and a shimmery champagne eyeshadow that looks like it could double as a highlighter as seen via The Cut, as well as “fragrance,” which she revealed to Extra back in December.

As for packaging, the lipsticks are encased in shiny silver tubes engraved with two letter Ls and her last name, “LOHAN” in all caps. The other two products feature semi-matte silver pans, which appear to include mirrors inside the lid.

There’s no word on the exact timeline for these goodies to hit shelves, but what we *do* know is that it’ll probably be sometime after the entrepreneur finishes finishes filming her current UK comedy, Sick Note… and possibly before she designs her own island in Dubai (another project she has in the pipeline), and gets the gang back together for a Mean Girls sequel (she’s trying, guys!).

Are you excited to see more of Lindsay Lohan’s makeup line? Let us know @BritandCo!