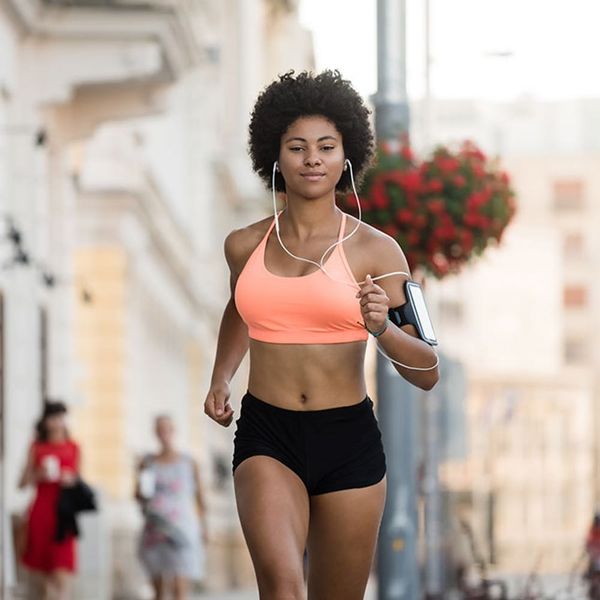 It’s hardly a secret that working out comes with a ton of benefits. Hitting the gym or lacing up your running shoes on the reg will obviously help you look and feel your best. Those exercise-induced endorphins can play a big role in helping you beat stress (and don’t we all need to beat stress?). Aside from a little soreness and sleepiness, there are really no negatives to a healthy, appropriate-for-you workout routine. In case you needed one more positive to add to the “pro” column that will motivate you to get moving, get this: According to a new survey conducted by OnePoll on behalf of fitness app Freeletics, exercise can also be beneficial for your finances.

The Link Between Exercise and Higher Salaries

Clearly, there’s some element of the chicken and egg question here. People who earn more money can afford to join gyms and hire trainers and attend classes, allowing them to exercise more and continue to flex their earning power. Freeletics CEO Daniel Sobhani notes, however, that even these expensive habits require a level of drive and ambition that he believes is at the root of the correlation between exercise and salary.

“Those who exercise regularly are good about planning ahead and reflecting on what they’d like to achieve and, more importantly, taking action,” he tells us. “[They’re also] good at sticking to a routine and not giving up on plans. They work hard and consistently to achieve the goals they set themselves. This ability and willingness to push yourself and follow through on plans clearly goes a long way in multiple aspects of your life.”

Sobhani suggests that the differences in average salary that exist based on the intensity of various workouts come down to comfort zone.

“Those who work out [at a higher intensity] are comfortable with being uncomfortable,” he says. “It definitely helps you get used to really pushing yourself and not quitting when things get tough. Those who are not afraid of challenges in life, who wake up early and find the most effective way to get things done, are likely excelling at both their career and their health regimen.”

Plus Even More Benefits of Working Out

If you’re thinking, “There’s more to life than money,” you’re right — and the Freeletics survey addresses that as well. According to the results, survey participants who copped to regular exercise are more likely to consider themselves as confident, goal-oriented, and risk takers. They’re also more sociable and have a more positive outlook on life. Thirty percent of participants who said they exercise often consider their lives fulfilling, compared to just seven percent of participants who said that exercise was not a regular part of their routine.

“People can live better lives through fitness and, in turn, improve their self-confidence and mental strength,” Sobhani says. “We’ve seen many user cases where the positive effects of regular fitness transfer to other areas of life, and it’s very encouraging to see this confirmed by these respondents too. It’s also an additional motivation for us to know that we are in the business of making people happy.”

Don’t be discouraged, though, if you’re not currently making workouts a consistent priority. It’s never too late to start with a new regimen that has the potential to help boost your mood and your salary.

“You should take this as a chance to get motivated,” Sobhani says of this information. “Most people underestimate what people can do in the short term. The smallest changes in your routine can make a huge impact in your life.”

Test the waters with small changes like daily walks, a few minutes of yoga in the morning, or an added mile to your existing running routine. Who knows how much better life can get?

Do the results of this study surprise you? Tweet us @BritandCo!

From Your Site Articles
Alli Hoff Kosik
Alli Hoff Kosik is a freelance writer who is passionate about reading, running, rainbow sprinkles, her lipstick collection, watching embarrassing reality TV, and drinking pink wine. She lives in Brooklyn with her husband and (in her dreams, at least) three golden retriever puppies. Listen to her talk books on The SSR Podcast.
Fitness
Health
Fitness Healthy Living Money Self Womens Health Work
More From Health