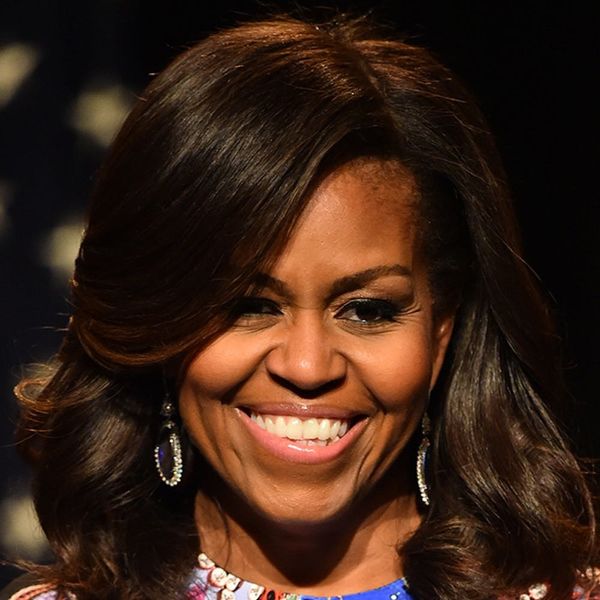 We already knew Michelle Obama can throw an unforgettable baby shower and that she provides plenty of fitness inspo, but we weren’t aware she also had a hand in creating a healthy cookbook over the past three years. Until now. Last week the FLOTUS held the 2015 Kid’s “State Dinner” — which was actually a lunch… bedtimes and all — that featured winning kids’ recipes from the fourth annual Healthy Lunchtime Challenge. The results? Delicious + nutritious meals all around.

The Healthy Lunchtime Challenge is an initiative Mrs. Obama began in 2011 to get kids ages 8 to 12 to create their own affordable, healthy and (above all) delicious recipes. This year’s contest had almost 1,000 entries, where the overall winning recipes made it onto the menu at this year’s Kids’ “State Dinner,” which 55 recipe winners — one from each state and four territories — attended. Dinner guests indulged in plates like “California Rainbow Tacos with Mic-Kale Obama Slaw + Barack-amole.” Umm, YUM!

While we were incredibly jealous that all these kid chefs (who clearly rival the famous adult cooks already) got to have a sit-down meal with Michelle Obama, we also were super interested in what the FLOTUS actually considers healthy and delicious. Thankfully, all those top recipes are easily available online for us to recreate and have our own Kids’ “State Dinner” in our dining room. Who knows, maybe our recreations will pop up on ChefsFeed one day soon ;) Thanks for the cookbook (and the ingredients to “Deliciousness Over Rice,” “Vegan Superhero Soup” + “Secret Service Pizza Delight”), Mrs. Obama + co. <3

Will you be recreating any of these FLOTUS-approved, kid-created recipes? Let us know which ones in the comments.