The Shib Sibs Dish on Life Before and After the Olympics 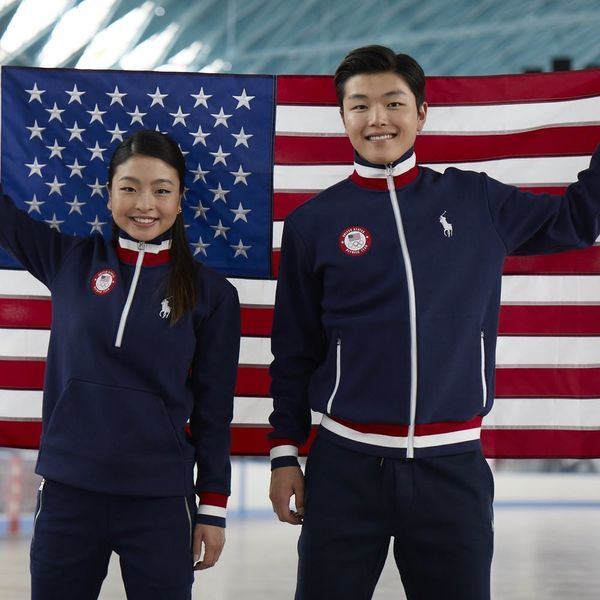 A few months ago, there was little to no demand for home videos from the Shibutani family. Then, the PyeongChang Olympics happened. Interest in early moments between sibling ice dancing pair, Alex Shibutani, 26, and Maia Shibutani, 23, has skyrocketed since the Shibutanis (known lovingly as the Shib Sibs) made their second Winter Olympics appearance for Team USA. Aside from gaining fan support for their close sibling relationship, the duo also left South Korea with two medals each, one bronze medal for their participation in the team figure skating event and a second bronze medal in the individual ice dancing competition. The Shibutanis have since been kind enough to open up the vault of family moments and footage from years past to their many fans. This includes memories that reveal a bond between the brother and sister that began from (quite literally) day one. Scroll below to learn more.

When Alex’s parents introduced him to his newborn sister in July 1994, he says he was ready to be more than just a big brother. “Our parents did a really good job explaining to me that when you have a sibling, you have a best friend,” Alex — who was three years old when he met baby Maia — recalls now. Thanks to a video recently released on YouTube, we have visual proof that this moment was as sweet as it sounds.

The ShibSibs first came to the ice several years later, thanks to early interest from Maia. She started taking lessons when she was four and immediately fell in love with the sport. Alex followed suit, starting individual lessons shortly after his sister. Five years later, the Shibutanis saw ice dancing for the first time and decided to give it a try, and the rest is history. “Once we were out there and together, we both really found that we enjoyed having a teammate and not being alone,” Maia says. “Since we had such a strong relationship off the ice, it just really transferred naturally on the ice, which led to very rapid results.”

Their results were rapid, indeed. During their first official season of ice dancing in 2004, the ShibSibs took home the silver medal at the US Junior Championships. The following year, they won first place in the same competition and only continued to grow from there. As Maia and Alex moved up through various skating levels, their medal collection grew, but the pressure did not. “There’s just no precedent set for the pace that we were on, but what was great about it is that we didn’t feel any pressure,” Maia tells us. “We didn’t feel like there was too much expectation. It all came from us just having fun and enjoying it and that’s what led to those great results.”

To support Alex and Maia’s rise to success, their parents decided to move the young skaters from Connecticut to Colorado, where they felt they would be able to better balance school, ice time, and great coaching. The downside? Dad would continue working during the week on the east coast, spending time with the rest of the family on weekends. (This routine continues still to this day.)

While the move to Colorado (and a second move to Michigan several years later) was a big shift for the Shibutanis, the pair notes that their parents were careful to ensure that it didn’t add extra stress to the teenage athletes. Family time remained the priority, and the older Shibutanis were thrilled to support their children in pursuing their passion, particularly because it allowed them to spend time together.”There was never this pressure of ‘Oh, this is what you have to do,'” Alex says of the Shibutani family dynamic. “Our parents always just encouraged us to follow what we wanted to do and to be good people.”

This genuine respect and appreciation for each other have fueled the duo’s rise to the top, including their recent trip to the Olympics in South Korea. The Shibutanis competed in back-to-back events, the team competition (alongside fan favorites Adam Rippon and Mirai Nagasu) early in the first week and the standard dancing event late in the second. While this would be enough to crack any athlete, the pair, of course, handled it with ease. “We knew that we were really prepared and well-trained heading in, but with all the practices, it was about building momentum, and so we were very proud of the fact that we were able to deliver two really strong performances,” Maia says. “Coming away with the medal with our teammates was incredibly special. I think that really continued to fuel us heading into the individual event.”

Since coming home from PyeongChang, the ShibSibs have shown no signs of slowing down. They spent just one night at home after the Olympics and have since been traveling the US on what Maia describes as a “whirlwind tour” that has landed them with major partnerships with Minute Maid and Coca-Cola.

While these opportunities are certainly exciting, the pair isn’t letting anything go unappreciated. “In the months leading up the Olympics Games, you really set a point at the end of the Games, and you don’t look beyond that, because all of your attention and focus has to be on accomplishing what you want to do there,” Alex says. “It’s been fun and exciting to see people on the street and meet people who watched the Olympics and were cheering us on. It’s been really cool.”

Let us know why you love the Shib Sibs @BritandCo!

(Photos via The Coca-Cola Company)

Alli Hoff Kosik
Alli Hoff Kosik is a freelance writer who is passionate about reading, running, rainbow sprinkles, her lipstick collection, watching embarrassing reality TV, and drinking pink wine. She lives in Brooklyn with her husband and (in her dreams, at least) three golden retriever puppies. Listen to her talk books on The SSR Podcast.
Creativity
Pop Culture
Creativity Interview Olympics
More From Pop Culture