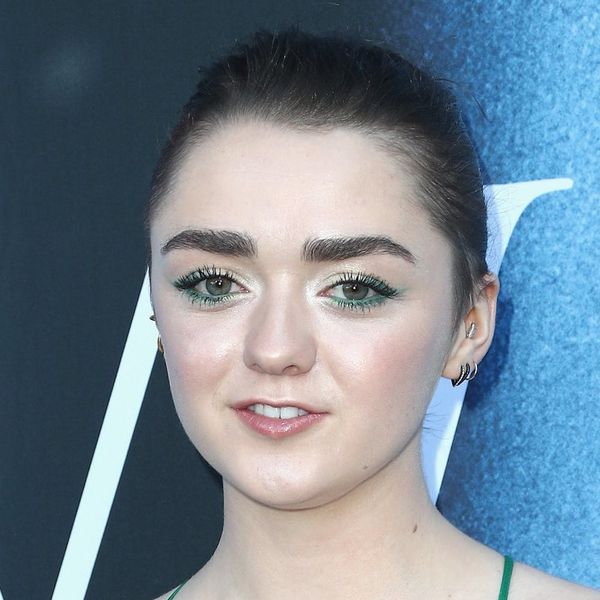 We’re ALL about emojis. They can help out our relationships (yes, really!), allow us to express all sorts of emotions with the click of a button, and, perhaps best of all, they make cute AF gifts. Which is why we’re beyond jealous of Game of Thrones star, Maisie Williams, who recently discovered that her likeness has been forever immortalized in emoji form.

While the 20-year-old didn’t launch her own Maimoji series à la Kim K, she didn’t need to: As it turns out, she actually bears a striking resemblance to a whole bunch of pre-existing emojis, including Person With Pouting Face, Woman Detective, and yes, even the Princess.

Taking to Twitter, the British actress revealed how she had “come to terms with the fact that I look like an emoji,” posting the six that were most spot on.

We must admit: She’s totally right! In fact, the similarities are rather uncanny. HOW have we never noticed this before?!

The young GoT star shocked herself (and us) even more as she upped the ante, sharing a side-by-side comparison of herself and the Person With Pouting Face emoji, which she captioned, “Can we talk about this for a second.”

The tweet, which has gotten over 25K likes and close to 5,000 retweets, cannot be denied: Maisie is the emoji and the emoji is Maisie.

Needless to say, the Twitterverse has descended into an absolute frenzy over the Earth-shattering discovery.

actually you really do tho 🙌🏼🙌🏼

even my phone thinks you're an emoji lmao @Maisie_Williams pic.twitter.com/lZv6ihHfvE

We’re gonna need a moment to process this!

Barbara Pavone
Barbara Pavone is a pop culture-obsessed writer based in beautiful (but ridiculously cold) Montreal, Canada. When she's not working, she's sipping on a Pimm's Cup and daydreaming about her celebrity hero, Saint West.
Emoji
Celebrity News
Emoji Game of Thrones