Mariah Carey Has Some Advice for Lionel Richie About American Idol 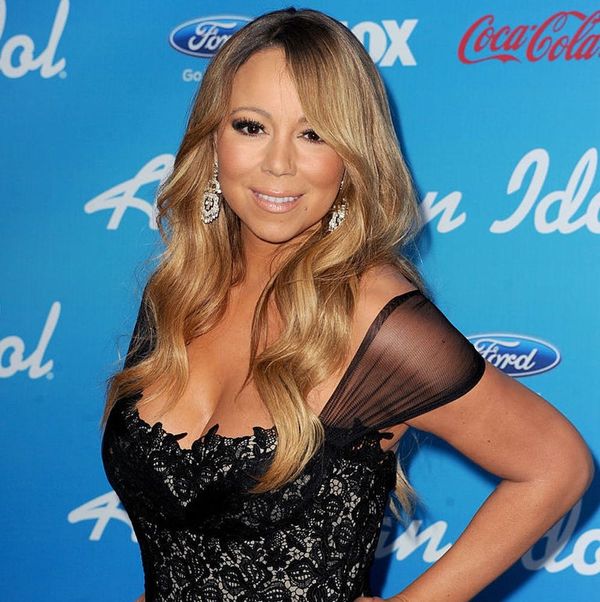 Although Mariah Carey only lasted one season on American Idol, most of which she spent butting heads with fellow judge Nicki Minaj, she has some good insight into the duties involved in judging contestants on the competition. And with a reboot firmly in the works, the show is looking for its celebrity judges and reportedly courting Carey’s current tour mate, legend Lionel Richie, to join already-confirmed judge Katy Perry. But Carey’s advice to her friend could keep him from signing on the dotted line.

Speaking with Entertainment Tonight about rumors that Richie is on the short list to be a judge, Carey joked, “I would say, don’t do it.” She quickly clarified, “No, I’m only kidding. If he wants to do it, that’ll be great. I think he would be really good at it.”

When asked about confirmed judge Perry, the five-time Grammy winner was optimistic, saying, “She’ll be good too. They both will be good.”

#SanDiego, hope you're ready for us! See you tomorrow night!! #AllTheHitsTour #Repost @lionelrichie (@get_repost) ・・・ Huge thanks to everyone who came out last night to kick off our #AlltheHits tour! Can't wait to see more of you on the rest of our tour dates! 📷: @alansilfen #AlltheHits2017 #AlltheHitstour

Don’t expect Carey to return, though. After her season 12 stint with Minaj, she famously called her time on the show the “worst experience” of her life and said producers “pitting two females against each other wasn’t cool. It should have been about the contestants instead of about some non-existent feud that turned into even more ridiculousness.” She also blamed producers for making it “boring and fake.”

“Yeah, they just were trying to foil me when I went on there, so, you know, that’s the only reason why I say that [to Richie],” she told Entertainment Tonight.

“You have to make up things to say about people,” she continued. “Half the time if the performances were good, you just want to say it’s good.”

Will you be watching the new season of American Idol? Tell us @BritandCo!