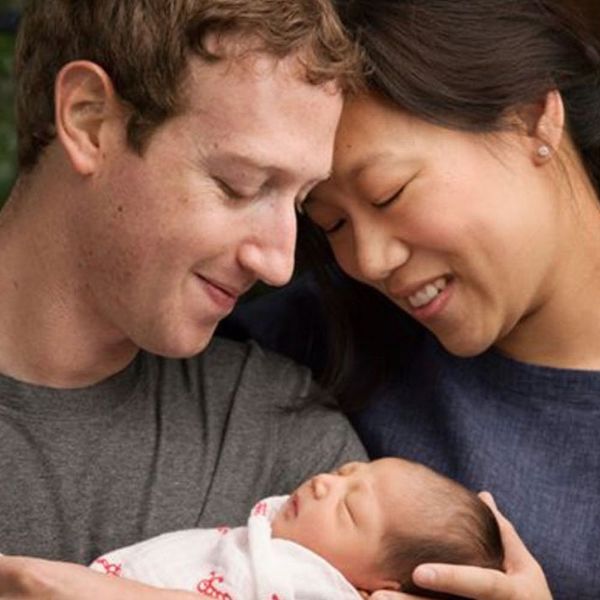 Silicon Valley, it looks like you officially have a new princess. Facebook CEO Mark Zuckerberg announced today that his wife Priscilla gave birth to a healthy baby girl. Unlike some of the celebs who keep the details surrounding their newborn on the ultra DL (ahem, Blake, we’re looking at you), Mark revealed the news via an open letter to his daughter along with a photo. Oh, and her name? It’s Max.

Following in the unisex naming trend that’s been huge in the celebrity world this year (like Kristin Cavallari’s daughter Saylor or Blake Lively’s daughter James), it looks as though the couple opted for something super relevant but still classic. According to Nameberry, Max is typically short for Maxine and is said to mean “greatest.”

In the letter Mark shared he announced that he and Priscilla are launching the Chan Zuckerberg Initiative, which aims to join people across the world to help advance human potential and promote equality for all children in the next generation. He says the initial areas of focus will be personalized learning, curing disease, connecting people and building strong communities.

And to prove he’s actually serious about this new initiative, Mark writes, “We will give 99% of our Facebook shares — currently about $45 billion — during our lives to advance this mission. We know this is a small contribution compared to all the resources and talents of those already working on these issues. But we want to do what we can, working alongside many others.”

What are your thoughts on this baby name pick? Share with us in the comments below.