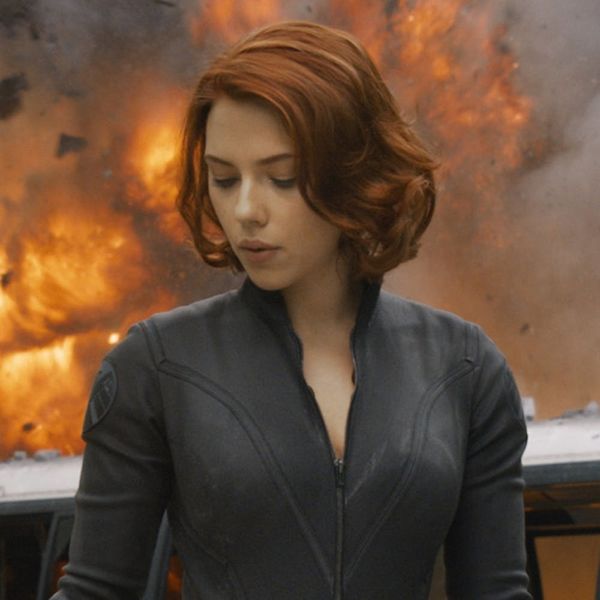 If the first Avengers: Infinity War trailer gave you chills — and let’s be honest, if the action didn’t do it, then Chris Evans beard probably did the trick! — you’re going to freak out over this news. Marvel is FINALLY developing a Black Widow film for Scarlett Johansson.

Johansson has been campaigning for a Black Widow standalone movie for years, and new reports suggest that it may happen in the not-too-distant future. According to Entertainment Weekly and The Hollywood Reporter, screenwriter Jac Schaeffer has been hired to write a script.

Schaeffer, the writer and director of the romantic sci-fi film TiMER, also wrote the screenplay for the upcoming movie Nasty Women, a remake of Dirty Rotten Scoundrels that stars Anne Hathaway and Rebel Wilson.

Though Black Widow has been a popular comic-book character for years, Johansson first took on the big-screen role in 2010’s Iron Man 2, which starred Robert Downey Jr. From there, her character became a part of the Avengers crew, showing up in four other films from the franchise, as well as in an uncredited role in 2017’s Thor: Ragnarok.

“I think there’s a lot of opportunity to mine that story line. She’s got a really rich origins story,” the actress told Variety in 2016 of Black Widow (AKA Natalia “Natasha” Romanova), a Russian agent who was trained as a spy, martial artist, and sniper from the time she was a young girl. “There’s a lot of places you can go — you can bring it back to Russia. You could explore the Widow program. There’s all kinds of stuff that you could do with it. You could really uncover the identity of who this person is, where she comes from, and where she’s part of.”

Asked if the potential solo film might be a prequel, Johansson replied, “It’s a possibility. There’s plenty of back-story.”

However, that’s just one option. She also suggested that the movie could focus on what Black Widow does when she’s not with the team. “Where do the Avengers go? They are underground,” she told Variety. “What happens then? What happens after it all falls apart? There are so many ways you can go.”

Whichever way it does go, the 33-year-old said it “would have to have its own specific vibe.”

We can’t wait to see what that vibe is!

Are you excited about Marvel developing a Black Widow movie? Let us know @BritandCo!