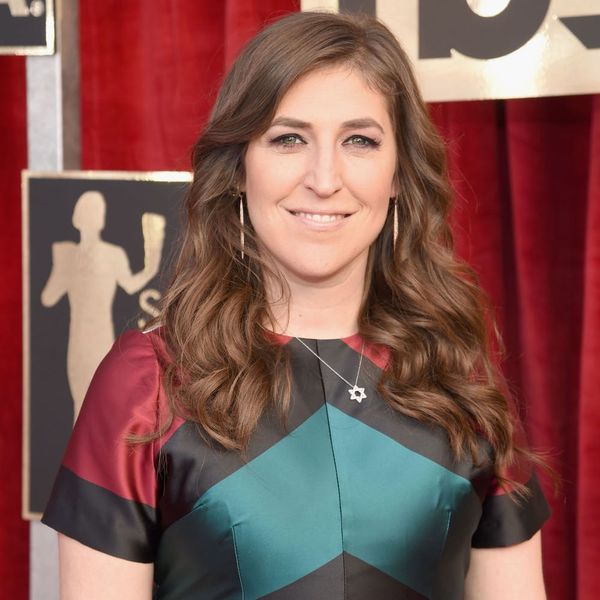 Last week, in light of the Harvey Weinstein sexual harassment and assault allegations, Mayim Bialik wrote an op-ed about sexual predation for the New York Times. The piece, titled Being a Feminist in Harvey Weinstein’s World, detailed Bialik’s own experiences in the industry. In it, she wrote that she chooses to “dress modestly” and not act “flirtatiously” — choices she thinks of as “self-protecting and wise.”

Many readers took offense to her words, saying they seemed to blame the victims rather than the perpetrators of harassment and assault. Some prominent voices within Hollywood also criticized the op-ed. Patricia Arquette, Emmy Rossum, and Gabrielle Union were just a few of the people who shared their stories of harassment and assault to underline that how a person is dressed or acts does not matter to an abuser.

Bialik initially responded to the backlash via Twitter over the weekend, writing in a post that the suggestion of victim-blaming was “absurd,” and that it was “so sad how vicious people [were] being.” She attempted to further clarify what exactly she meant by her comments on Monday.

Appearing in a Facebook Live video on the New York Times Opinion page, Bialik spoke with NYT editor Bari Weiss about the reactions to her op-ed.

“I’ve gotten a lot of really, really, really, really positive reception — which, honestly, I was very surprised how passionately people felt about it,” she began. “And yes, I have stayed off social media, but it has become clear to me that there are people who think that I either implied or overtly stated that you can be protected from assault because of the clothing you wear or the behavior that you exhibit. That is absolutely not what my intention was and I think that it is safe for me to start this conversation by saying there is no way to avoid being the victim of assault by what you wear or the way you behave.”

She continued: “I really do regret that this became what it became because literally I was trying to speak about a very specific experience I’ve had in a very specific industry. I was not looking to speak about assault and rape in general. The only people who are responsible for their behavior in assault is the predators who are committing those horrendous acts. And the only people, I think, who can turn this around are going to be the kind of women who have been coming forward and sharing their experiences, as well as men who want to join this conversation with us about, in particular, the way women and men treat each other and, in particular, in Hollywood, kind of what that means for those of us who do make our living in that industry.”

Bialik also shared, “I’m a human being and there’s a lot that I’ve chosen not to share but absolutely I am deeply, deeply hurt if any woman in particular who has been assaulted, or man, thinks that in any way I was victim-blaming.”

Asked about her choice to “dress modestly,” she explained, “I feel protected in my industry more when I keep parts of me private than if I did not do that. That may not be true for all women. … For some women, protecting parts of ourselves in terms of how we dress gives a feeling of comfort and a layer of protection, but it does not make you immune to assault.”

What do you think of Mayim BIalik’s comments? Let us know @BritandCo.