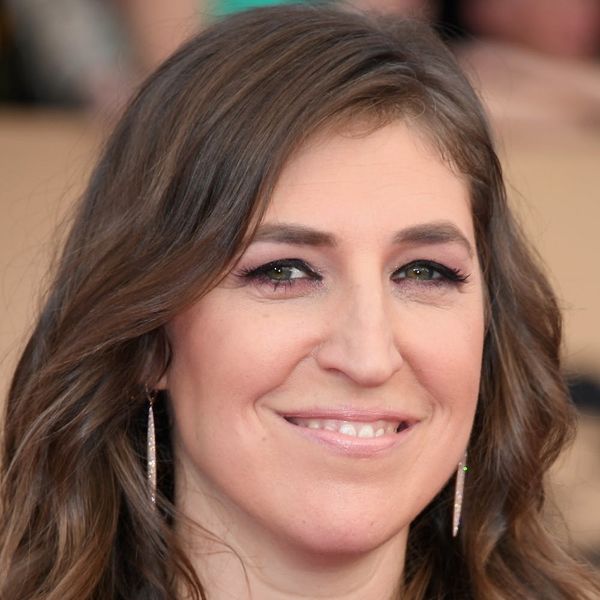 We’ve seen plenty of powerful op-ed pieces popping up from voices in Hollywood in the wake of the Harvey Weinstein scandal. Sarah Polley and Lena Dunham both wrote essays for The New York Times, but none seems to have sparked as much attention as The Big Bang Theory’s Mayim Bialik’s.

In a piece titled Being a Feminist in Harvey Weinstein’s World written by the mother of two, the former Blossom star made several comments that has Twitter up in arms.

After describing at length how she has always felt out of place and less physically adequate than her peers in the industry (“I was always aware that I was out of step with the expected norm for girls and women in Hollywood”), Bialik had many raising their brows when she implied that it was her very unwillingness to fit into society’s standards of beauty that protected her from such atrocities as those described by Weinstein’s victims.

“I have also experienced the upside of not being a ‘perfect ten,’” she wrote. “As a proud feminist with little desire to diet, get plastic surgery or hire a personal trainer, I have almost no personal experience with men asking me to meetings in their hotel rooms. Those of us in Hollywood who don’t represent an impossible standard of beauty have the ‘luxury’ of being overlooked and, in many cases, ignored by men in power unless we can make them money.”

(Full video link in bio) This Harvey Weinstein thing has gotten me thinking about how I raise boys. How do we as a society raise boys? I thought hard, freaked out hard, and made this video. Please please share this and comment. Let's start a conversation here...

The line sparked offense in many, who saw her comments as suggestive of the idea that feminism can’t co-exist with interest in beauty. “Since when does being a strong, independent feminist equate to homeliness?” one reader wrote.

.@missmayim Its hard to fathom that as an educated woman you don’t understand that women can be both physically attractive and intelligent.

Bialik went on to say that she has made the choices to dress “modestly” and not act “flirtatiously” outside of “private situations with those I am most intimate with,” decisions she called “self-protecting and wise.”

While she conceded in the piece that women SHOULDN’T have to think about their clothing choices or demeanor with regard to safety, she feels we still must. “I am entirely aware that these types of choices might feel oppressive to many young feminists. Women should be able to wear whatever they want. They should be able to flirt however they want with whomever they want. Why are we the ones who have to police our behavior?” she wrote. “In a perfect world, women should be free to act however they want. But our world isn’t perfect. Nothing — absolutely nothing — excuses men for assaulting or abusing women. But we can’t be naïve about the culture we live in.”

People were not here for the suggestion that to cover up would prevent the heinous actions of a predator.

.@missmayim I have to say I was dressed non provocatively at 12 walking home from school when men masturbated at me. It's not the clothes.

"It never happened to me. Let me lecture the victims."

Respectfully, this doesn't work. I cover my entire body+hair+ get harassed. Have friends in niqab who get harassed. https://t.co/5F6Wwd7eaN

Somebody tell Mayim Bialik that none of these things will protect you from being raped. pic.twitter.com/hwyTt99mua

I was 8 years old in long petticoats in the theater when grown men were inappropriate with me. Nothing to do with flirting/outfit/manicure.

As if women in burqas don’t get assaulted. Or children. Or elderly women. Blaming women & their clothes instead of the men is so dumb.

Reminder. I got raped at work at a Payless shoe store. I had on a long tunic & leggings so miss me w/ "dress modestly" shit.

Also, guess what, people you are intimate with can also sexually assault you.

Bialik has since responded to the backlash with a statement. “I’m being told my NY Times piece resonated with so many and I am beyond grateful for all the feedback. I also see a bunch of people have taken my words out of context of the Hollywood machine and twisted them to imply that God forbid I would blame a woman for her assault based on her clothing or behavior. Anyone who knows me and my feminism knows that’s absurd and not at all what this piece was about. It’s so sad how vicious people are being when I basically live to make things better for women. I am doing a Facebook live with the NY Times Monday morning. Let’s discuss it then.”

Being told my @NYTimes piece resonated w/ so many. Also see some have taken my words out of the context of the Hollywood machine. See below: pic.twitter.com/0NmxtAF1vP

She’ll certainly have plenty to talk about!

What did you think of Mayim’s words? Share with us over @BritandCo.

Nicole Briese
Nicole is the weekend editor for Brit + Co who loves bringing you all the latest buzz. When she's not busy typing away into the wee hours, you can usually find her canoodling with her fur babies, rooting around in a bookstore, or rocking out at a concert of some sort (Guns N' Roses forever!). Check out all her latest musings and past work at nicolebjean.com.
Celebrities
Celebrity News
Celebrities Controversy
More From Celebrity News