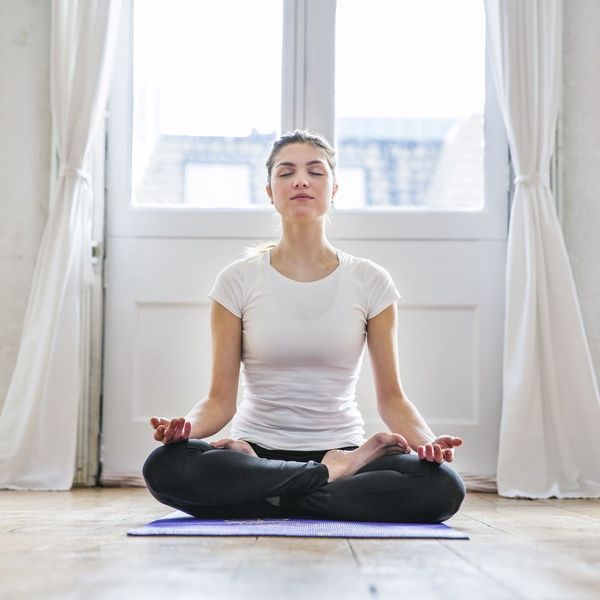 There have been countless studies that point to the positive side effects of mindfulness, yoga, and meditation — just to name a few, practicing this trio can biologically reverse stress, strengthen your bone density, and banish insomnia. Still not ready to give the practice a try? Well, what if we told you that meditation is also a great way to heighten your attention span today and potentially even later in life? While previous studies have already found evidence that meditation can enhance your attention span, Anthony Zanesco and his research team wanted to understand the cognitive benefits of practicing a meditation habit long-term. According to a new study published in Springer’s Journal of Cognitive Enhancement, doing regular and intensive meditation sessions over the course of a lifetime could help you remain attentive and focused well into old age.

In order to study the effects of long-term meditation, 60 experienced meditation practitioners were randomly assigned to one of two training groups to attend a three-month meditation retreat at Shambhala Mountain Center in Red Feather Lakes, Colorado. While at the center, the participants practiced meditation every day and employed techniques to foster calm sustained attention on a chosen object and generate aspirations such as compassion, loving-kindness, emphatic joy, and equanimity among participants. To measure any improvements, the researchers assessed each participant’s cognitive abilities, ability to pay attention to a task, and reaction time before, during, and directly after the retreat. The participants were then asked to perform the same cognitive test during follow-up assessments six months, 18 months, and seven years after completing the retreat.

Compiling years of data, the researchers finally had an answer to their question. Both meditation groups experienced a notable increase in attention accuracy at the middle and end of the retreat, and those who continued their meditation practice after the program sustained these improvements. This was especially true for older participants who self-reported that they vigorously practiced meditation over the past seven years. Compared to other participants who practiced less, they were able to maintain the cognitive gains (increased reaction time and attention span) and did not show typical patterns of age-related decline in sustained attention.

While lead author Anthony Zanesco cautions that more research is needed before meditation should be advocated as a surefire method for countering the effects of aging on the brain, we’re thrilled that our meditation practice may help improve our mind later in life. Heck, we’re already looking into taking our girl squad on an off-the-grid meditation retreat this summer!

Do you regularly practice meditation? Tweet us by mentioning @BritandCo.

Ashley Macey
Ashley Macey is a lifestyle freelance writer who loves all things fitness, wellness, and creativity. When she's not exploring her home in the Pacific Northwest with her dog Max, you'll probably find her curled up with a good book and some hot tea. Follow her daily jaunts on Twitter.
Healthy Living
Health
Healthy Living Mental Health
More From Health