How Yoga and Meditation Can Biologically Reverse Stress 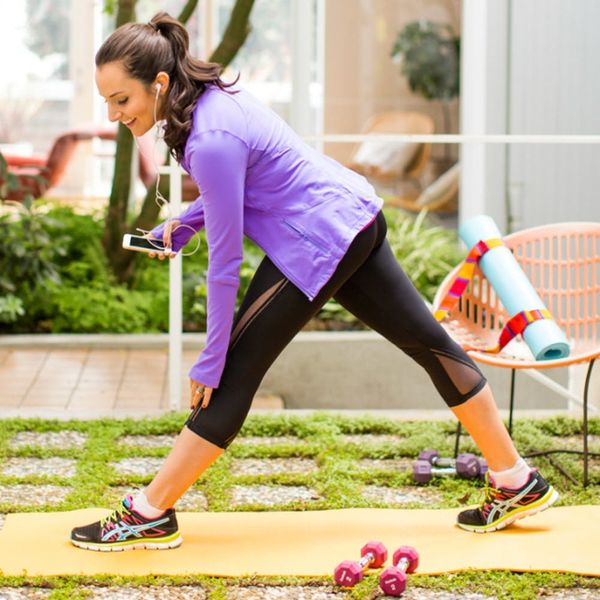 Have you been bitten by the yoga bug yet? Whether you’ve just decided to try it out at home with a few YouTube routines or you’re a veteran of advanced classes (we hear cat yoga and anti-gravity yoga are amazing), yoga has become an exercise staple for millions of Americans. One of the reasons that yoga has become so popular is because many health and fitness aficionados claim that a simple daily routine can significantly reduce your stress levels. A new study published in the journal Frontiers in Immunology is confirming what dedicated yogis have been saying for years: Mind-body interventions like yoga, meditation, and tai chi ease stress on a molecular level, and may even lower the risk of ill-health and depression. Now if that isn’t a good enough reason to do some sun salutations, we don’t know what is!

Before we get into this study’s groundbreaking findings, let’s break down how stress is translated in our body. When a person is exposed to a stressful event, their sympathetic nervous system is triggered. This system is responsible for our trusty fight-or-flight response, and when it’s activated, it increases production of a molecule called NF-kB (stay with us!). This molecule translates stress by activating genes to produce proteins called cytokine, which causes inflammation on a cellular level.

So why does this matter? While this inflammatory reaction is useful as a short-term fight-or-flight response, if stress persists and this inflammation continues, it can lead to a higher risk of certain cancers, accelerated aging, and depression. Interestingly, the study’s authors note that this inflammatory effect would have played an important role in our hunter-gatherer prehistory, “as it linked [the] fight-or-flight response with pro-inflammatory gene expression that provided protection when there was a higher risk of bacterial infections from wounds.” Even though this may have worked when our stress was primal (think getting attacked by wild animals), “in today’s modern societies where stress is primarily the results of psychological threats, this response is maladaptive as it promotes inflammation-related diseases, both psychiatric and medical.”

Still with us? Good. Here’s the great news you’ve been waiting for: The results of the study tentatively found that people who practice mind-body interventions like yoga had a decrease in pro-inflammatory gene expression. “Millions of people around the world already enjoy the health benefits of mind-body interventions like yoga or meditation, but what they perhaps don’t realize is that these benefits begin at a molecular level and can change the way our genetic code goes about its business,” says lead investigator Ivana Buric from the Brain, Belief, and Behavior Lab at Coventry University’s Center for Psychology, Behavior, and Achievement. “These activities are leaving what we call a molecular signature in our cells, which reverses the effect that stress or anxiety would have on the body by changing how our genes are expressed. Put simply, MBIs (mind-body interventions) cause the brain to steer our DNA processes along a path which improves our wellbeing.”

While there are other factors that can be attributed to lowering stress and inflammation (sleep patterns and diet being two very important ones) and more research needs to be done on the subject, we are certainly encouraged by this study to indulge our yoga obsession.

Do you practice yoga or meditation regularly? Tweet us by mentioning @BritandCo.

Ashley Macey
Ashley Macey is a lifestyle freelance writer who loves all things fitness, wellness, and creativity. When she's not exploring her home in the Pacific Northwest with her dog Max, you'll probably find her curled up with a good book and some hot tea. Follow her daily jaunts on Twitter.
Healthy Living
Health
Healthy Living Mental Health study Yoga
More From Health