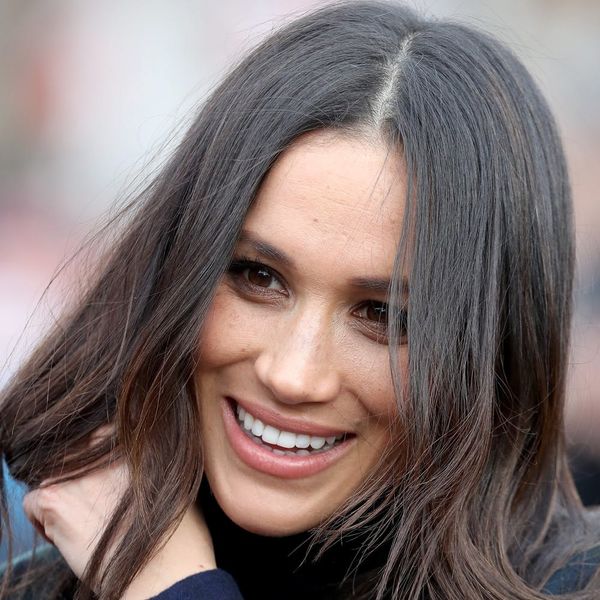 With the royal wedding swiftly approaching (just three months to go!), there’s plenty of planning to be done, but there’s one thing bride Meghan Markle can cross off her list — the bachelorette party!

The Suits actress has reportedly confirmed that she will indeed be enjoying a pre-wedding shindig, and what’s more, it’s already been taken care of.

Speaking with People, 30-year-old Tom Martin, a Londoner in the crowd of fans and well-wishers greeting the pair in Edinburgh (where Markle, 36, donned an impeccably chic tartan coat), revealed, “We asked them what they were doing for their stag and hen dos. Meghan said, ‘I’m not sure — it’s sorted, but it will be fun.’“

With no exact details about where or how she’ll be celebrating (perhaps a beach get-together?), the bride-to-be’s options are endless.

She’s certainly got plenty of pals that could help do the planning — there’s Canadian stylist Jessica Mulroney, who has been helping her to choose a wedding dress designer and is rumored to be her likely Maid of Honor, A-list pals such as Quanitco star Priyanka Chopra, and, of course, her soon-to-be sister-in-law, Middleton.

In case you were wondering, unlike the fashion royal rules Prince Harry’s fiancée is still getting used to (like trading in bare legs for nude stockings!), bachelorette parties are actually quite acceptable: the Duchess of Cambridge also had one when little sis Pippa reportedly whisked her off to the Swiss Alps for some skiing, as well as a reported Dirty Dancing-themed party. Prince William, meanwhile, had a bash of his own at a country estate in Norfolk with a large group of friends.

Princess Diana opted out of hers, but sis-in-law, Sarah Ferguson also went all out with a bash at Annabel’s nightclub in London.

We can’t wait to see what Meghan’s pals have dreamed up!

Are you excited for the upcoming royal wedding? Tweet us @BritandCo.