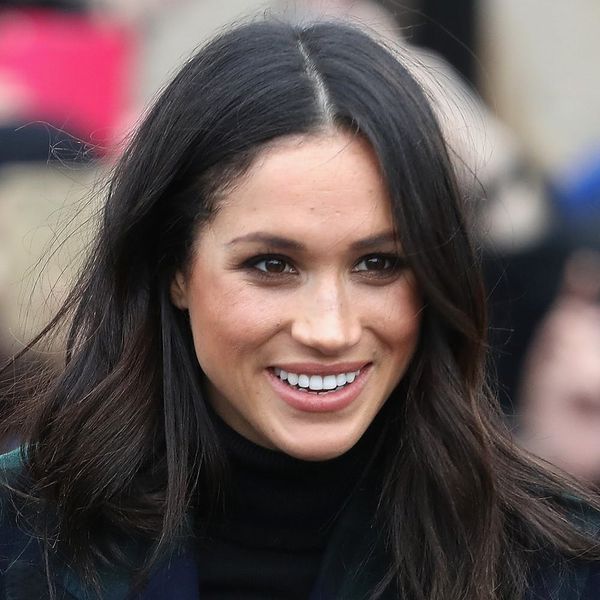 Between her jaw-dropping engagement ring and her trendy mismatched earrings, Meghan Markle has been steady making a splash with her accessory choices since becoming Prince Harry’s fiancée. There’s one item in particular she’ll soon be needing to add to her line-up, however — at least if the Royal rules are any indicator!

According to Royal expert Victoria Arbiter, “You never see a royal without their nude stockings. Meghan, from what I can see from the engagement photographs, it doesn’t look like she was wearing tights or stockings. I would say that’s really the only hard, steadfast rule in terms of what the Queen requires.”

That’s right! In addition to nude nail polish, the ladies of the royal family are also expected to cover up their bare legs when appearing in public. Kate Middleton, for instance, can oftentimes be seen sporting a pair of black tights peeking out from her chic outerwear.

As Arbiter explained to Insider in December, while Markle seemingly hasn’t been shy about breaking the family’s fashion rules thus far — you might recall that all-black ensemble she donned for her first appearance of 2018 or the undone bun that had the internet divided — her wardrobe will likely be a bit more buttoned-up post-wedding.

“I think we’ll see a gradual change in Meghan’s style over time to reflect those [royal] elements,” the royal guru shared with the outlet.

Then again, with the 36-year-old making blatantly different wardrobe choices than those we’ve seen from her predecessors (take, for instance, the sheer bodice of her Ralph & Russo dress in her engagement photos, or the black power suit she wore for her first black-tie engagement), she may just continue her rebellious streak yet!

Guess we’ll have to wait and see following the pair’s official nuptials, set to take place on May 19.

What do you think of the Royal tights rule? Share over @BritandCo.

Nicole Briese
Nicole is the weekend editor for Brit + Co who loves bringing you all the latest buzz. When she's not busy typing away into the wee hours, you can usually find her canoodling with her fur babies, rooting around in a bookstore, or rocking out at a concert of some sort (Guns N' Roses forever!). Check out all her latest musings and past work at nicolebjean.com.
Celebrity Style
Celeb Style
Celebrity Style Kate Middleton Royal Family