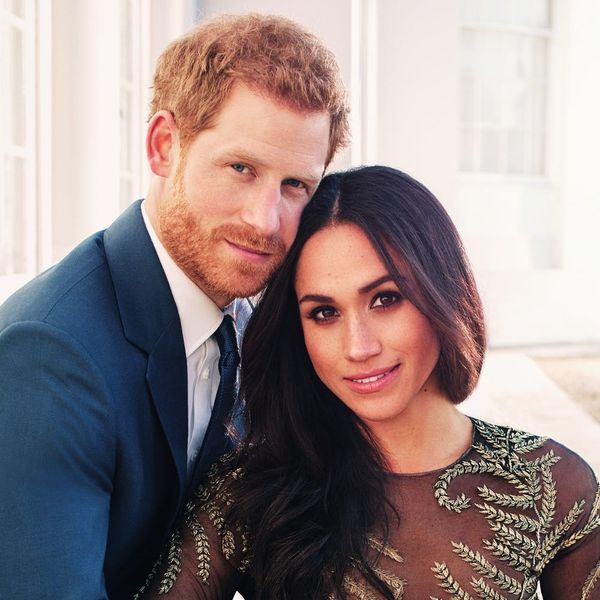 The official royal engagement photos were released this morning, and they’re every bit as magical as you’d imagine them to be — thanks to the standout fashion, of course! While Harry looks as handsome as ever in a dashing Burberry suit ($1,395), it was Megan Markle who stole the spotlight in two very different looks.

First up, the bride-to-be donned an opulent black Ralph & Russo gown with a completely sheer top featuring gold, vine-like embellishments along the sleeves and chest and a cascading tulle skirt

The 36-year-old’s gown is undeniably beautiful, but far more bold than the look future sis-in-law, Kate Middleton, donned for her conservative engagement photoshoot look back in 2010 (the Duchess donned a silk-jersey blue wrap dress from Issa London).

Markle did make a conscious choice to stick with tradition by opting for a British designer, however. The dress hails from the brand’s Fall/Winter 2016 Haute Couture collection and likely took “thousands of hours to make,” according to the Daily Mail. If all of this just sounds expensive, that’s because it is: this royal-worthy dress retails for 56,000 GBP, which converts to approximately $74,788 USD (!).

The Suits actress pared things down for her now viral, adorable closeup pic of the pair in a simple white sweater from Victoria Beckham ($600).

While it’s still a bit on the pricier side for the average gal, a comfy white sweater is a look we can get behind at a myriad of different price points.

As for the gown… well, a girl can dream!

Which is your favorite look from Meghan’s engagement photo wardrobe? Tweet us @BritandCo!