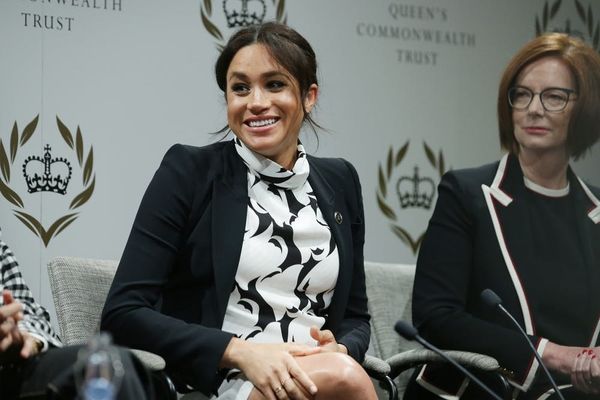 Captain Marvel wasn’t the only hot ticket this International Women’s Day. Meghan Markle spent March 8 participating in a panel with several other prominent thought leaders to discuss the education and empowerment of women and girls all over the world. As expected, it was a memorable event that provided some inspiring insight.

The event, according to Kensington Palace, focused on “the obstacles that women face and the global opportunities that could be unlocked if girls and women are treated fairly and equally alongside men.” Unfortunately (for us), it was not live-streamed, but the Queen’s Commonwealth Trust official Twitter account provided those not in attendance with plenty of highlights, and later posted a video of the full discussion.

During the panel, the women spoke about their individual causes, as well as their shared goals and the ways in which we have to work together to achieve them. “If things are wrong and there is a lack of justice and an inequality, someone needs to say something,” Markle said at one point. “And why can’t it be you?”

Naturally, empowerment and equality dominated much of the discussion. “Women are the mothers of the world,” Lennox said. “We — girls, sisters, mothers — deserve respect and deserve to be treated well. And that means globally.”

Markle, who has praised her husband, Prince Harry, for being a feminist, echoed Lennox’s sentiment, while also adding that it’s not just up to women. “We must be global feminists and include men and boys,” the mom-to-be said, adding that she and Harry plan to teach their child the importance of gender equality.

“It’s funny, I’ve actually been joking the last few weeks. I had seen this documentary on Netflix about feminism, and one of the things they said during pregnancy was ‘I feel the embryonic kicking of feminism,'” Markle shared. “I loved that, so boy or girl, whatever it is, we hope that that’s the case with our little bump.”