Meghan Markle Hints at Her Due Date: ‘We’re Nearly There’ 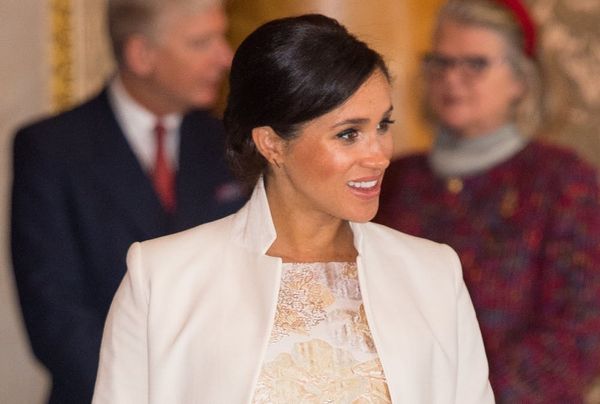 Meghan Markle and Prince Harry have kept the details of Markle’s pregnancy relatively private, but as the Duchess of Sussex hinted at an event this week, they’ll be welcoming their royal baby very soon.

On Tuesday, March 5, the royal couple attended an event celebrating the 50th anniversary of the Investiture of Prince Charles at Buckingham Palace, where Markle spoke with Welsh Secretary of State Alun Cairns about all of the well wishes she’d received during her pregnancy so far.

“I’m sure everyone is asking,” Cairns said when he asked how she was doing, according to Us Weekly.

“It’s actually very sweet,” Markle replied. “It’s a very sweet, nurturing thing to ask.” She then hinted that she and Harry are nearing the upcoming due date for their little one. “We’re nearly there!” she said.

In January, it was reported that Markle told some members of the public that she was already six months along and would be welcoming her first child sometime in late April. The Duke and Duchess of Sussex first revealed they were expecting in October, at the start of their first royal tour together.

So far, unsurprisingly, official details from the palace have been scarce. Previously, Markle opened up about feeling like she had jet lag and said she had been doing yoga to help alleviate the symptoms. She has also asked for some naming suggestions from the public.

Several of Markle’s friends threw her a baby shower in New York City earlier this month, and while one of the guests, Gayle King, shared some small details from the day, personal tidbits such as a potential due date or the sex of the baby were not disclosed.