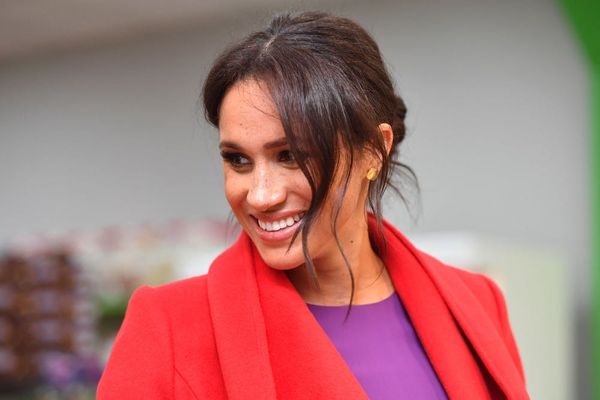 Since Meghan Markle and Prince Harry announced that they were expecting their first child, details on the future royal baby have been kept to a minimum. But according to several reports, Markle divulged on Monday, January 14, that she is currently six months pregnant and due to give birth in April.

“We asked her how her pregnancy was going and she said she was six months and she tapped her tummy,” Carla Gandy, who was in attendance at Markle and Harry’s walkabout in Birkenhead, UK, told People.

According to The Daily Mail London’s royal correspondent Rebecca English, Markle also told members of the public that she is expecting the baby in late April. When the public asked whether she and Harry know the sex of the baby, Markle said that they do not. “Meghan said she didn’t know whether they were having a boy or a girl,” English tweeted. “She said she wants it to be a surprise!”

In any case, they’re open to name suggestions for the little one. Royal reporter Omid Scobie tweeted from Birkenhead that one little girl suggested Amy as a name. “Oh, I like Amy too!” Markle reportedly replied, pointing to her aide Amy Pickerill. “That’s her name!”

Previously, Markle said that she and Harry already have a “long list” of baby names to choose from. The parents-to-be have not shared many other details with the public, but Markle has given small updates about how she’s feeling along the way.

Do you have a royal baby due date prediction? Let us know @BritandCo!