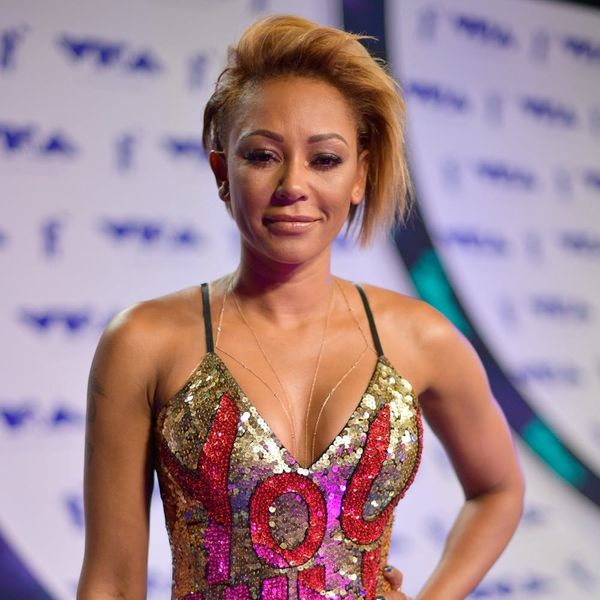 Earlier this week, reports claimed that Mel B (née Melanie Brown) was planning to check herself into a facility to seek treatment for alcohol and sex addiction. But in an interview for Wednesday’s The Ellen DeGeneres Show, the former Spice Girl explained what’s really going on.

In her original statement to The Sun about her plans to seek help, the singer reportedly said, “Sometimes it is too hard to cope with all the emotions I feel. But the problem has never been about sex or alcohol — it is underneath all that.” Those words led to the reports about her rehab plans, but Brown says the meaning was misinterpreted.

“Well, it kind of got a little bit skewed with. Let’s put it that way,” Mel B told Ellen guest host Lea Michele. “I’ve been in therapy since my father got diagnosed with cancer nine years ago. My therapy changed a little bit because I was in a very intense relationship, which you can all read about in my book [Brutally Honest].”

“I do address a lot of those issues. But you know, no, I’m not an alcoholic. No, I’m not a sex addict,” the America’s Got Talent judge continued. “I was with the same person [ex-husband Stephen Belafonte] for 10 years and that was quite a turmoil, very intense. That’s all I can say about it. I’d like to say a lot more, but let’s just keep it PC. But yeah, I address a lot of those issues and I did kind of have to ease my pain. And I do suffer a lot from PTSD.”

Entertainment Tonight also spoke with Mel B’s best friend, Gary Madatyan, who said, “She’s working on herself. She’s currently and has been seeking therapy for PTSD for roughly four to five weeks. She’s on top of it. She sees a therapist in Los Angeles.”

Will you be checking out Mel B’s new book, Brutally Honest? Tell us @BritandCo!