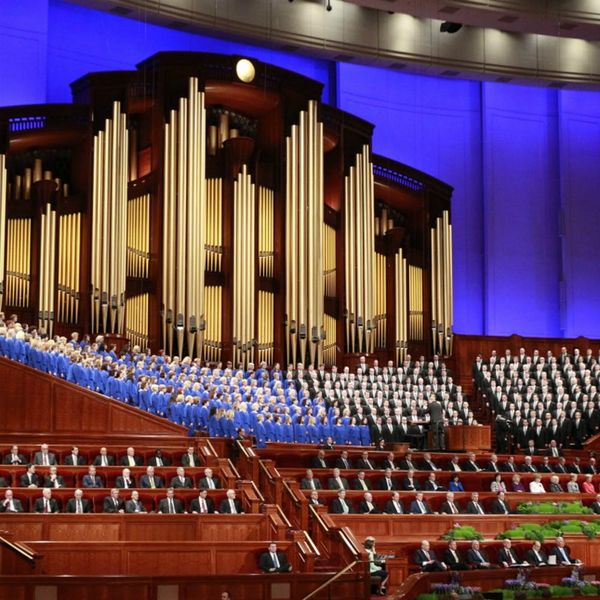 Another day, another bad publicity moment for Donald Trump’s inauguration. The President-Elect has been really scrounging to find performers willing to be a part of his swearing in as President on January 20, but like The Rockettes before them, many members of the Mormon Tabernacle Choir are not okay with The Donald. In fact, members of the choir are so torn about having to perform during the event that one member has quit and publicly posted her resignation on Facebook, to show people how against a Trump presidency she is.

In her letter, singer Jan Chamberlain writes that she originally believed she could just skip the event and still feel good about herself as a person, but after many sleepless nights, she realized that if her choir were still singing for Trump, she couldn’t remain a member of the organization. She writes, “I also know, looking from the outside in, it will appear that Choir is endorsing tyranny and fascism by singing for this man.”

The letter does not mince words, adding: “I only know I could never ‘throw roses to Hitler.’ And I certainly could never sing for him.” These are very strong words from a member of a group that tends to be apolitical.

The Church of Latter-Day Saints was prepared for some backlash, since many LDS members do not support Trump, even preparing a statement saying that the choir performs for many presidents, regardless of political bent. Even with their prepared statement, there are a vast number of members who are vehemently opposed to Trump’s religious persecution of Muslims, considering so many LDS members have faced persecution over the years.

Chamberlain’s statement is fraught and honest (you can read it in full on her Facebook page), and makes us wonder if more of her choirmates will follow suit. While we’re not sure what exactly Trump’s inauguration will look like, we’re suspecting it won’t be the most exciting — just look at how the group of people willing to show up on his big day continues to shrink.

Who do you think will perform at Trump’s inauguration? Tell us @BritandCo!