No One Wants to Perform at Donald Trump’s Inauguration 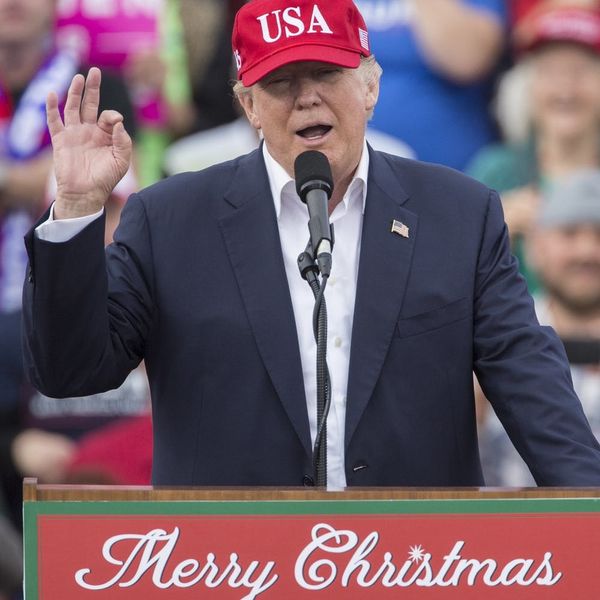 Like it or not, President-Elect Donald Trump’s inauguration is fast-approaching (that’s January 20, for those keeping track). Despite having an apparent friend in Kanye West, it appears that Hollywood as a whole is NOT feeling the love: Trump is reportedly having quite the difficult time finding anyone to perform (sans 16-year-old opera star Jackie Evancho).

One singer in particular doesn’t feel particularly bad for him, as she recently revealed to Vanity Fair. “I think it’s karma, baby,” Frozen singer Idina Menzel (who most recently got in on the sheer trend at the AMAs) told the outlet. “I mean, look: All the artists in the world stood up and tried to get our girl Hillary Clinton elected, and it still didn’t happen, so we’re trying to recover from that.”

It seems as though that recovery process doesn’t include performing for the other team, despite reported promises of ambassadorship, money and diplomatic posts Trump’s team has tried to lure them in with.

Trump, for his part, doesn’t seem to be too phased, telling his supporters at recent appearances, “We don’t need Jay-Z or Beyoncé. We don’t need Lady Gaga. All we need is great ideas to make America great again.”

Perhaps he’ll take Idina’s suggestion and just do the dang thing himself? “He probably thinks he has a great voice,” she said. “He thinks he does everything great.”

Who do you think should perform at the event, if anyone? Weight in @BritandCo.

Nicole Briese
Nicole is the weekend editor for Brit + Co who loves bringing you all the latest buzz. When she's not busy typing away into the wee hours, you can usually find her canoodling with her fur babies, rooting around in a bookstore, or rocking out at a concert of some sort (Guns N' Roses forever!). Check out all her latest musings and past work at nicolebjean.com.
Controversy
Politics
Controversy Music Politics
More From Politics