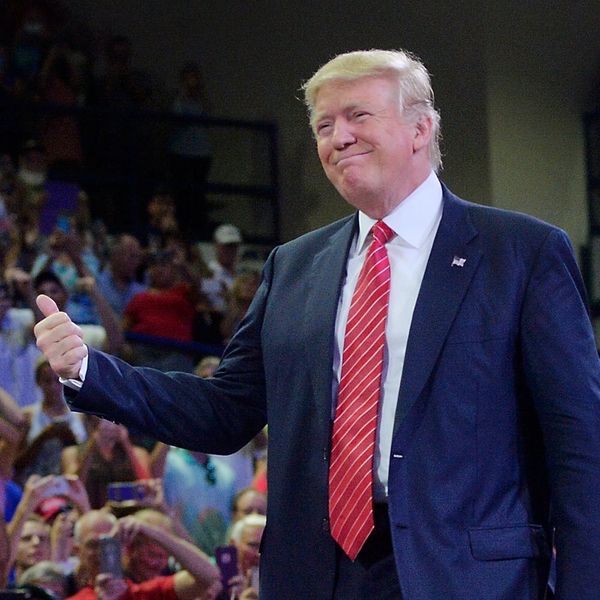 While plenty of celebs have come out and blatantly refused to perform at Trump’s upcoming inauguration (ya know, that event which is usually a total honor to appear at and is now something people are avoiding like a bad cold), it looks like now the sitch is getting downright nasty. The Rockettes, those famous can-can dancing ladies of the stage, have apparently been booked for the big day, and some of them are not happy about it. Some are saying they want to skip the show, and they’re reportedly being given a choice: Do the performance or (as Donald himself would say) you’re fired!

With America’s Got Talent runner-up and 16-year-old opera singer Jackie Evancho and the Mormon Tabernacle Choir booked as the only two acts set to perform, at this point it feels like Trump’s people are scrambling to find anyone willing to show up. That’s why they must be thrilled to be able to add The Rockettes to the list.

The dancers, on the other hand, aren’t so happy.

Represented by American Guild of Variety Artists (AGVA), the org warned the ladies that because of the deets in their contracts — and because James Dolan, the executive chairman of the Madison Square Garden Company, had agreed that they would perform — if they don’t want to show up, then they can find themselves a new job. Ouch.

Broadwayworld.com nabbed a copy of AGVA’s letter, which explains, “We have received an email from a Rockette expressing concern about getting ‘involved in a dangerous political climate’ but I must remind you that you are all employees, and as a company, Mr. Dolan obviously wants the Rockettes to be represented at our country’s Presidential inauguration, as they were in 2001 & 2005. Any talk of boycotting this event is invalid, I’m afraid.”

It continued, “Everyone is entitled to her own political beliefs, but there is no room for this in the workplace.”

Despite that, some of the women are choosing to speak out. In a private Instagram post, Phoebe Pearl explained the sitch from her perspective, saying, “I usually don’t use social media to make a political stand but I feel overwhelmed with emotion. Finding out that it has been decided for us that Rockettes will be performing at the Presidential inauguration makes me feel embarrassed and disappointed.”

She added, “The women I work with are intelligent and are full of love and the decision of performing for a man that stands for everything we’re against is appalling. I am speaking for just myself but please know that after we found out this news, we have been performing with tears in our eyes and heavy hearts. #notmypresident.”

Do you think The Rockettes should be forced to perform at Trump’s inauguration? Tweet us @BritandCo!