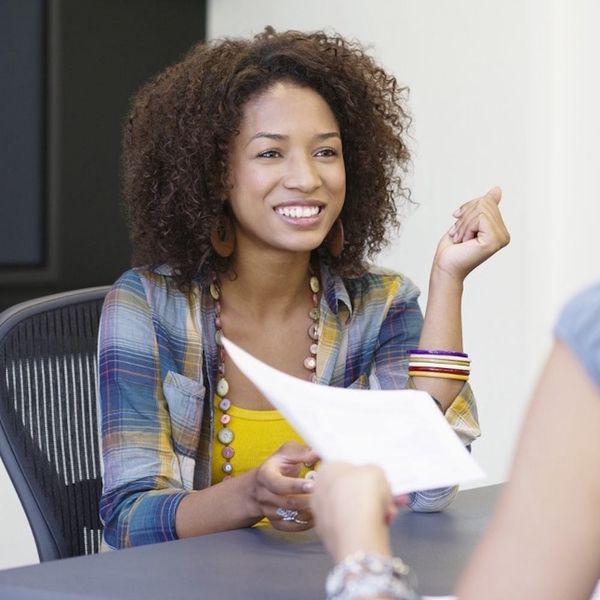 What’s the difference between people who effortlessly get raises, fast-track their careers, grow their income year by year, save for retirement, and overall seem to attract money like a magnet, and the rest of us who seem to just… never quite get there?

One thing: a solid money mindset.

Our beliefs, which create that mindset, are so deeply ingrained within us that it’s hard to shift them without conscious awareness of the common misconceptions we hold on to. Here are five key money blocks that keep us stuck in a scarcity mentality instead of an abundant and prosperous state of mind.

“But I need to learn more!”

The husband of a friend of mine recently went for a job interview (which would have been a step up in his career) and didn’t hear back. His response? “I probably want more money than they’ve got.” Contrast this with another friend of mine who went for a job interview — a purely lateral move. She didn’t hear back either. But instead of brushing it off and refusing to take it personally, she kept asking herself questions like, “Is it because I don’t have X or Y skill? Do I need to obtain that? What am I missing?”

Did you know that Rachael Ray not only has no college degree, but no on-paper qualifications whatsoever in the culinary arts? Unless you’re attempting a step up that requires a mandatory certification you haven’t finished yet, you know enough already! You just have to confidently project the experience and smarts that you’re working with right now.

The common feeling of not being good enough keeps us stuck in many ways — financially being a large one. It’s easy to focus on our mistakes at work versus our wins, and this keeps us playing small. It means we don’t ask for a raise. We don’t open up the dialogue with our boss to talk career acceleration. We don’t give even credence to our creativity and launch that side hustle.

You are good enough! Look how far you’ve come already! As soon as you remind yourself of this on the regular, it’s remarkable what you can begin manifesting.

“Other people are more successful/brighter/more talented than me.”

The comparison game is an ugly one — most of all because the majority of comparison is exaggerated and unreal. We have no idea what’s truly going on behind the scenes in other peoples lives. I know a New York Times best-selling author who is struggling and a prominent startup CEO in NYC who scrambles to make her rent payment every single month.

All you must do is focus on your own talents. Own your strengths. Own what you do well. Think — what great feedback have you had from colleagues and managers? What areas of your life are you most competent and capable in? Whatever you focus on expands, so choose your focus wisely.

Let me let you in on a little secret: No one actually feels ready. Ever. They just move forward anyway and learn as they go. Richard Branson said, “If somebody offers you an amazing opportunity but you are not sure you can do it, say yes — then learn how to do it later!”

We are as ready as we make up our minds we are.

“Making money is a struggle.”

One of the biggest myths we are taught is that making money has to be all blood, sweat, and tears. What if that were not true? What if making money could be enjoyable, fun… even easy? The people I coach who make the most financially relish their work. They are full of ideas. They love collaborating, creating, doing.

Could this be true for you too… if you let it be? Or can it inspire you to try something new — exploring a different field, a change of position, a side hustle opportunity you’ve been considering? The great news is that meeting (and earning!) your potential is up to you. And all that matters is what you decide to do right now.

How do you overcome your own money blocks? Share a tip with us @BritandCo.

From Your Site Articles
Susie Moore
Susie Moore is a life coach and author based in New York City who has been featured on the Today show and Forbes. Sign up for her free weekly confidence tips via her website.
Girlboss
Work
Girlboss money