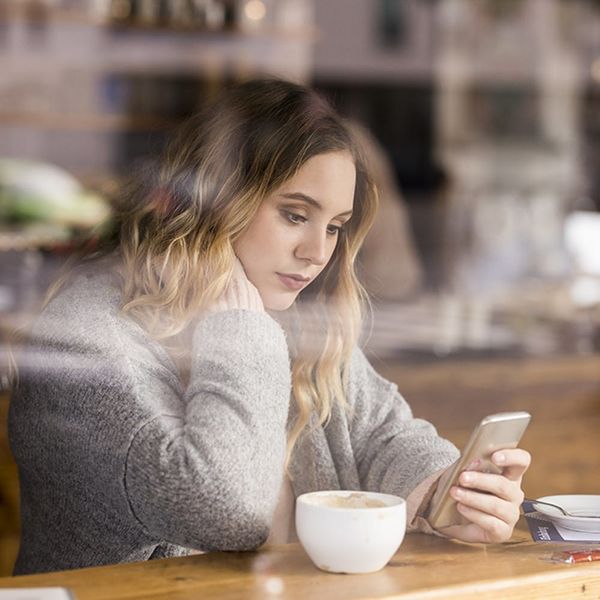 More than a year after the #MeToo movement launched into public consciousness, it has proven to be particularly influential and long-lasting. In the 14 months since Ashley Judd’s initial allegations against Harvey Weinstein, dozens of celebrities supported the movement by wearing black to the 2018 Golden Globes, a number of the “silence breakers” were named TIME‘s Person of the Year, Bill Cosby was sentenced to 10 years in prison, Dr. Christine Blasey Ford testified in front of Congress, and much, much more. It’s undeniable that the movement’s effects can be felt in the political and pop culture realms, but it’s also made its mark on our own interpersonal relationships. Maria Sullivan, vice president of Dating.com and dating expert, shared the website’s findings on how #MeToo is affecting one increasingly popular type of relationship: the online kind.

1. Women are initiating more conversations. According to the site’s research, initiation of conversations with a male user by a female user has increased by 268 percent — and men are starting conversations with women at a rate of 30 percent less. “The #MeToo movement has really empowered women to decide,” Sullivan says. “The ball is now in women’s courts more than ever.” She says she believes that these findings should be translated to real life as well: “At a bar? Ladies, it’s time to make the first move!”

2. Men are asking for consent more frequently. Sullivan makes clear that consent begins online, and because of the #MeToo movement, the amount of consent-related questions has soared. “We’ve surveyed our users, and many women and men appreciate the asking of a question — ‘May I send you more pictures?’ ‘Would you like to stop chatting?’ ‘Can I kiss you when we meet up?’ — as it implies that someone is genuine and caring, which results in real connections and relationships,” Sullivan explains.

3. Users are exchanging fewer revealing photos. No one wants an unsolicited risqué photo from a potential partner, and people are finally taking note. According to Dating.com users, the number of unwanted nude images they’ve received since the onset of the #MeToo movement has substantially decreased. Is it because they now understand not only the importance of consent but also the fact that actions can have consequences. “It seems the movement has influenced our users to become more aware of the content they are sharing and how it may be perceived,” Sullivan states.

4. Women are expressing more interest in younger men. In January 2018, 11 percent of conversations on the platform were between men aged 18-25 and women aged 40-60. Now, that number has increased to 36 percent. This significant stat might seem surprising initially, but Sullivan’s team has an explanation: “As women begin to take control of their relationships and sex lives, we see this trend as a sign of empowerment and freedom.”

5. Users are altering their bios. Good riddance, rude jokes and lewd pickup lines. Dating.com’s research indicates men are opting for serious bios rather than comedic ones — and for good reason. Users are 32 percent more likely to engage with profiles that possess an overtly respectful tone. Some of the most common words and phrases popping up in male “About Me” blurbs are “respect,” “date,” “looking for something serious,” “relationship,” and “loyal.” This is a notable shift from the previously popular “hookup,” “sexy,” and “looking for fun.” “It’s hard to say whether or not our users are still looking for ‘fun,'” Sullivan says, “but it is for certain that there has been a change.”

Have you noticed any developments in your online dating experience since the dawn of #MeToo? Let us know @BritandCo.

Annamarie Higley
Annamarie is a Californian who's been plopped in the middle of Missouri for her undergraduate studies in magazine journalism. She's a hiker, an eater, a lover of words. In her opinion, nothing beats a well-made breakfast sammy or a well-crafted sentence.
Dating
Relationships
Dating