Michael Phelps Reveals the Reasoning Behind His Son’s Name 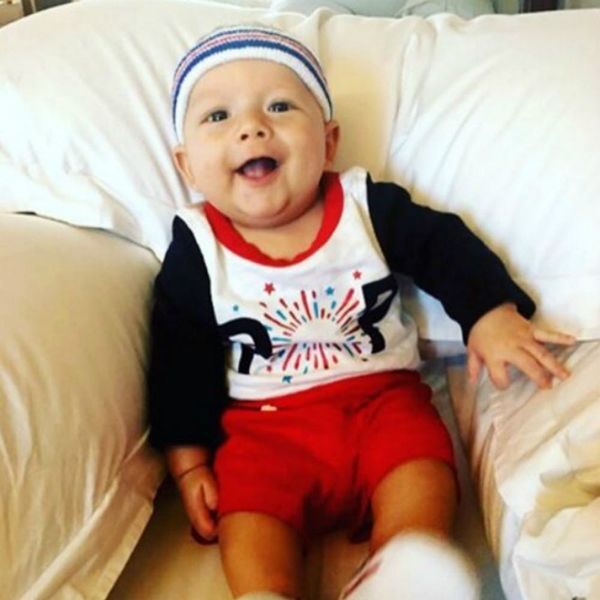 Boomer Phelps has been steadily stealing the hearts of Americans across the nation since we first saw his sweet little face back in May, and he upped the ante even further as we watched him cheer on his daddy at the Olympics.

Now that Michael is back at home, he took some time out to chat with Jimmy Fallon on the host’s The Tonight Show, giving us a bit more insight into his adorable tot’s name in the process.

“We heard the name, and we didn’t want like a normal name. I brought it up to Nicole and she was like, ‘Oh, it sounds kinda’ cool. Boomer… Boom Boom… We didn’t know either, we had no second option whatsoever.”

I'm ready for this summer!! Are you?!? #usa #roadtorio

In other words? Boomer was always meant to be a Boomer. It’s a name that’s practically destined for stardom, which is a good thing, since, as Michael points out, he’s a star on the rise.

“I write his account,” he said, proudly boasting that Boomer’s account has quickly gone from 5,000 followers to 681,000 followers — quite a few fans for a 16-week-old!

Are you a fan of unusual baby names? Share with us over @BritandCo!

Nicole Briese
Nicole is the weekend editor for Brit + Co who loves bringing you all the latest buzz. When she's not busy typing away into the wee hours, you can usually find her canoodling with her fur babies, rooting around in a bookstore, or rocking out at a concert of some sort (Guns N' Roses forever!). Check out all her latest musings and past work at nicolebjean.com.
Celebrity Baby
Celebrity News
Celebrity Baby Celebrity Baby Names Olympics
More From Celebrity News