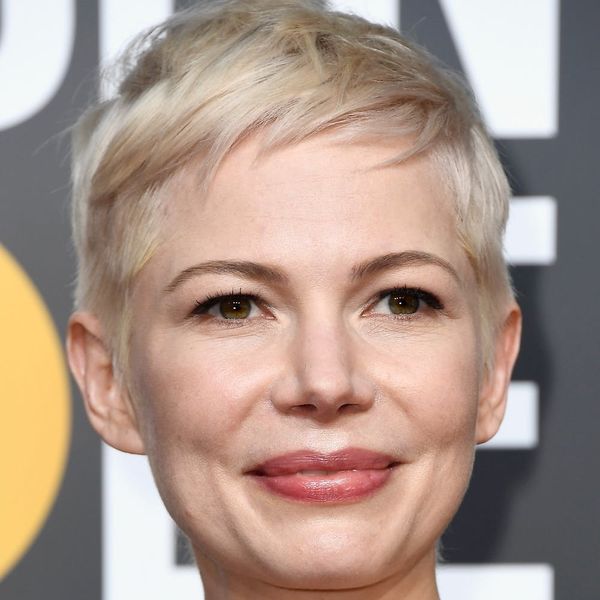 When it comes to a woman’s ring finger, her choice of jewelry could say a lot — or not much at all, depending! While buzz proved to be spot on with regard to Gwyneth Paltrow, who announced her engagement to Brad Falchuk just this week, we’ve also seen celebs such as Kylie Jenner and Demi Lovato rock bling on *THAT* finger just for the heck of it. Rihanna recently caused an internet frenzy when she was spotting with a new bauble on her left ring finger, and now, Michelle Williams is doing the same, sparking wedding bell convo over a striking piece she donned to the Golden Globes.

The award-nominated actress is reportedly dating New York financial consultant Andrew Youmans, a graduate of both Dartmouth and Harvard who acted as president of his own company, Yomo Consulting, for more than 15 years before stepping down.

While a new relationship for the 37-year-old, who lost her ex-partner, Heath Ledger, back in 2008, later going on to date stars including filmmaker Spike Jonze, author Jonathan Safron-Foer, and actor Jason Segel, would be newsworthy enough, it was the heart-shaped diamond ring set on a simple gold band that she wore on the red carpet that had tongues really wagging.

When asked by the outlet whether or not it signaled an impending walk down the aisle, however, Williams said it was simply “beautiful jewelry.”

Considering the pair just started dating in July 2017, it’s not surprising that they aren’t in a hurry to head down the aisle.

Still, we’re thrilled for the All the Money in the World star — here’s to wishing her plenty of happiness in 2018!

What do you think of Williams’ ring? Tell us @BritandCo!

Shea Lignitz
Shea can be found in the nearest bookstore or brewery, exploring the great outdoors, or blasting Led Zeppelin. She grew up in the cold and rain of Northern California's redwoods but is currently wandering around Texas.
Celebrity Couples
Wedding Style
Celebrity Couples Engagement Rings Jewelry Red Carpet rings
More From Wedding Style