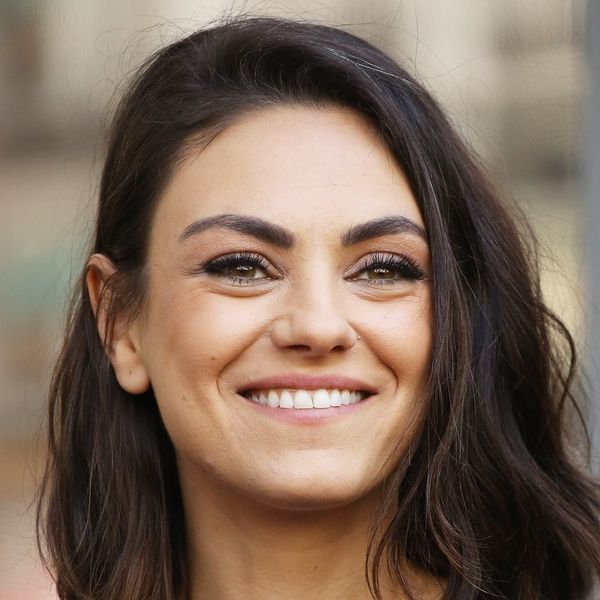 There was no shortage of head-turning looks on tonight’s Billboard Music Awards red carpet. Even Taylor Swift took time out from her Reputation tour to make an appearance — her first in two years! It was A Bad Moms Christmas star Mila Kunis’ style that had us doing a double take, however, if only for her darkly dramatic ‘do.

The mommy of two looked like a brand new woman while stepping out in a David Koma cold-shoulder and silver studded mini dress ,thanks to the freshly darkened hue and blunt set of dramatic bangs she debuted.

The actress, who is on hand to present one of tonight’s prestigious awards, has been rocking a one-length bob for quite some time now after chopping her famously long layers back in June of last year. Since then, she’s made only subtle changes, most recently getting a “friendship trim” with her A Bad Moms Christmas co-star, Kristen Bell.

Just this month, in fact, we saw her sans fringe as she helped to induct pal Zoe Saldana to the Hollywood Walk of Fame with a heartfelt speech.

What do you think of Mila’s new look? Weigh in over @BritandCo.

Nicole Briese
Nicole is the weekend editor for Brit + Co who loves bringing you all the latest buzz. When she's not busy typing away into the wee hours, you can usually find her canoodling with her fur babies, rooting around in a bookstore, or rocking out at a concert of some sort (Guns N' Roses forever!). Check out all her latest musings and past work at nicolebjean.com.
Awards Shows
Hair
Awards Shows Bangs Celebrities Celebrity Hair Haircuts Red Carpet
More From Hair