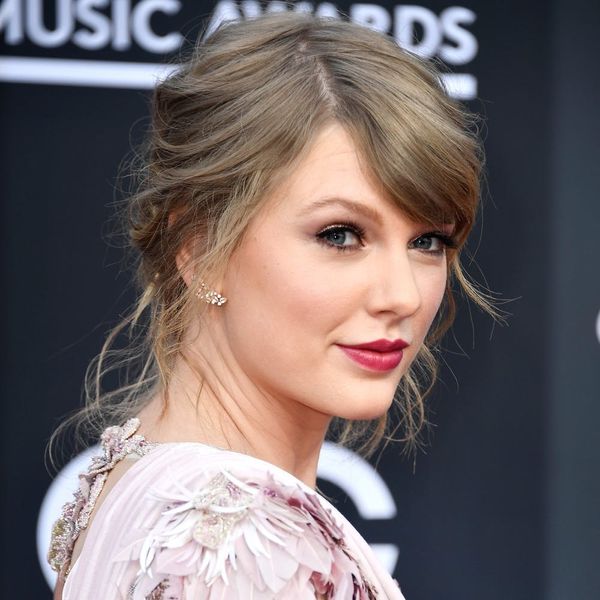 Welcome back, Tay! Taylor Swift made her first red carpet appearance in more than two years at the 2018 Billboard Music Awards in Las Vegas on Sunday, May 20.

The “Delicate” performer posed for photos outside the MGM Grand Garden Arena, turning heads in a pink velvet Atelier Versace dress that featured a thigh-high slit and silver embellishments all over the bodice. She paired the gown with metallic platform Casadei heels and kept other accessories to a minimum.

Swift’s last awards show appearance was more than two years ago, on May 10, 2016, at the BMI Pop Awards. A few months after that, she disappeared from the spotlight for a while, returning in August 2017 to announce her new album, Reputation. In the months since, she has performed on TV and in concert — but this is her first post-Reputation red carpet.

Swift’s BBMAs appearance comes on the heels of two sold-out shows at the Rose Bowl in Pasadena, California. At her second, on Saturday, May 19, she surprised fans by reuniting onstage with BFF Selena Gomez. The Reputation tour — which also features Charli XCX as an opener, will resume Tuesday in Seattle.

What do you think of Taylor Swift’s return to the red carpet? Tell us @BritandCo!