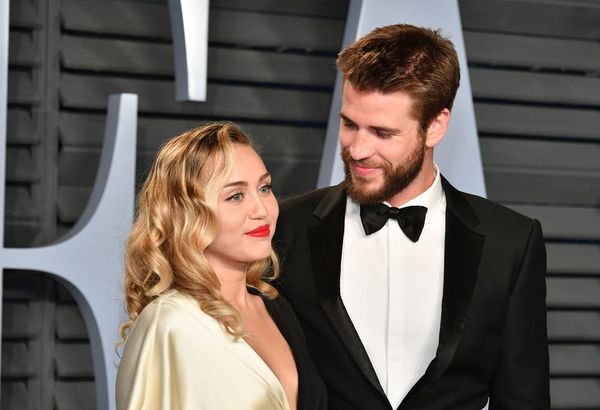 Miley Ray Cyrus is officially Miley Ray Hemsworth — at least to her friends and family. After the pop star married her love, Liam Hemsworth, in an at-home wedding over the holidays last year, she secretly took her husband’s last name.

The groom spilled the details during an interview with Live With Kelly and Ryan on Friday, February 8, while promoting his latest flick, Isn’t It Romantic. The 29-year-old Australian actor took the audience by surprise by revealing her new name: Miley Ray Hemsworth.

“She will still be obviously known as Miley Cyrus, but she took my name, which is great,” he told Ryan Seacrest and Kelly Ripa. “I think that was honestly one of the best things about it. I didn’t ask her to take my name and she was like, ‘No, of course I’m taking your name.’ I’m like, ‘That’s awesome. That’s really good.'”

He went on to open up about their low-key wedding. “We never wanted to do anything too extravagant or big,” he explained. “We find the whole thing kind of embarrassing. We know how we feel about each other, but we just wanted to do something simple, organic, and just with basically immediate family. It was a really nice day. Really, really special.”