4 Crucial Areas Where Progress for Millennial Women Has Stalled 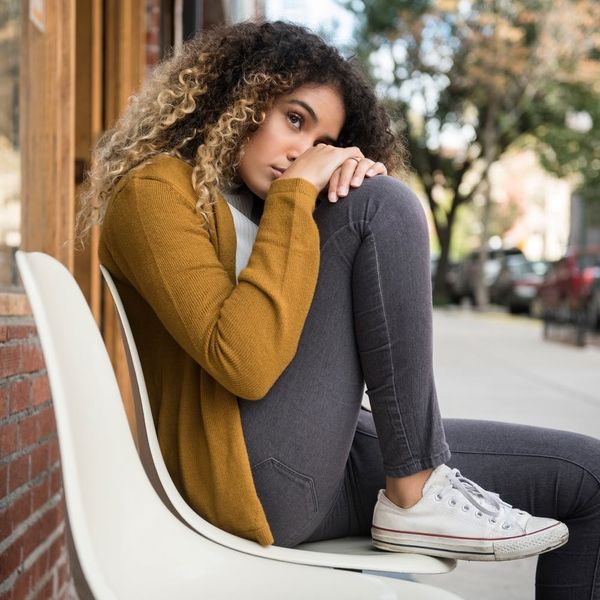 Being a woman today is a complex feat. On the one hand, a myriad of women’s programs and rights are in jeopardy under the current administration, including teen pregnancy programs, the Let Girls Learn initiative, and healthcare. Combine this with Donald Trump’s shocking history of lewd comments toward women (not to mention the long list of women who are still accusing him of sexual misconduct), and it’s no wonder young women are terrified for their well-being. But there’s also a lot to be said about the ferocity with which young women are stepping up in the face of such adversity. With women-led movements like The Women’s March and the Handmaid-inspired healthcare protests causing significant pushback to these out-of-touch reforms, we are certainly very proud of the way millennial women are handling themselves through this trying time.

But all this begs the question: Has young women’s well-being really declined over the past few years? Beth Jarosz and Mark Mather of The Population Reference Bureau (PRB) decided to put this important question to the test by comparing the well-being of modern millennial women with their mothers’ and grandmothers’ generations to see how young adults are faring in today’s world. To answer this question, the team at PRB developed an “Index of Young Women’s Well-Being” to compare how different generations of girls fared across 14 social, economic, and health measures, including high-school dropout rates, the gender wage gap, the business ownership gender gap, unemployment, teen birth rates, maternal mortality, and incarceration.

Using this approach, the PRB found that young women of the Millennial Generation (born 1982 to 2002) actually experienced a slight decline in well-being compared to their mothers’ cohort, Generation X. To put this in perspective, women of the Baby Boom generation (born 1946 to 1964) experienced a 66 percent greater well-being than the previous generation. So why has progress stalled when it comes to young women’s well-being? Here’s what we were able to find out from the shocking report.

According to the figures in the PRB report, roughly 17 percent of women aged 30 to 34 are living in poverty, which is up from 12 percent of young women in Generation X. “During the past 50 years, poverty has increased sharply among women without college degrees, and women who did not complete high school have been especially vulnerable,” authors Jarosz and Mather note. This is especially true for women in racial minority groups. Despite the large effort in the past few decades to narrow racial gaps in poverty, the authors highlight the fact that an economic divide still exists. “In 2015, the poverty rate among young white women ages 30 to 34 (11 percent) and Asian or Pacific Islander women (10 percent) was less than half of that of African American women (26 percent), Latinas (24 percent), and American Indian women (22 percent).”

Maternal Mortality Rates Are on the Rise

It seems counterintuitive that the millennial generation would face such a staggeringly high rate of maternal mortality and pregnancy-related deaths, given the outstanding scientific advances in public health and medicine. But the statistics show that since the Baby Boom, each following generation faced a higher probability of death due to pregnancy complications. “While part of the increase since 2003 may be the result of revisions to mortality data collection and reporting, these administrative changes only partially explain the recent increase,” Jarosz and Mather say. In fact, this problem has gotten so bad that the US maternal mortality rate is now the highest among developed nations… and even higher than the rate in some developing countries.

Where Are All the Women in Tech?

We all know that women in the WWII generation were excluded from jobs in science and technology, but the Baby Boom generation made considerable progress in narrowing this divide. Even though this increase in gender equality continued throughout Generation X (about 25 percent of STEM workers were female), it seems like this positive trend is on the decline. “Today, high-earning STEM occupations are as gender-segregated as they were two generations ago,” note Jarosz and Mather. These days, less than 23 percent of high-earning STEM jobs go to women.

The suicide rate for young women in the Millennial Generation increased to 6.3 per 100,000 from 4.4 per 100,000 in Generation X. Surprisingly, the authors reveal, “More suicide attempts do not appear to be driving this increase. Rather, young women shifted to more lethal methods of self-harm.” Furthermore, women’s incarceration rates have grown tenfold between the WWII Generation and the Millennial Generation. “Women’s incarcerations rates increased even as overall crime rates have declined,” according to Jarosz and Mather.

How Millennial Women’s Well-Being Has Improved

It’s not all bad news. In eight out of 14 of the markers chosen, millennial women have shown moderate to modest improvement from the previous generation. Women’s high school dropout rate has fallen, and the share of women with at least a bachelor’s degree has increased. Furthermore, the gender gaps in earning and business ownership are being narrowed, the teen birth rate is at a historic low, the share of young women who smoke has dropped sharply, the female homicide rate has continued to decline, and the number of female legislators increased (although women are still *significantly* underrepresented in Congress and state legislatures). Seems like there’s a lot of work to be done.

What do you think about the stalling of progress in US women’s well-being? Tweet us by mentioning @BritandCo.

Ashley Macey
Ashley Macey is a lifestyle freelance writer who loves all things fitness, wellness, and creativity. When she's not exploring her home in the Pacific Northwest with her dog Max, you'll probably find her curled up with a good book and some hot tea. Follow her daily jaunts on Twitter.
study
Gender Issues
study Womens Health
More From Gender Issues