Along With a Million Even Cooler Things, Mindy Kaling ALSO Cut Her Hair. And It’s Awesome. 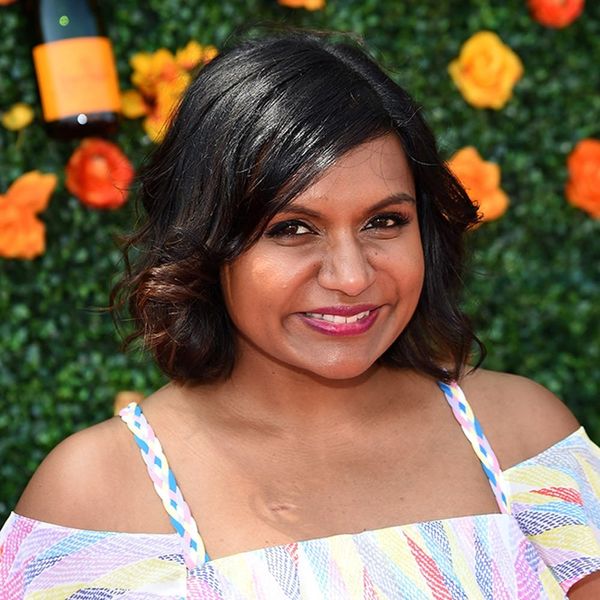 Look, guys and gals, we’re not just here to alert you to every celebrity haircut and color that pops up on Instagram — especially when that megastar in question is someone who is special to us for way more than just their tresses or what they’re wearing. So even though we first and foremost love Mindy Kaling for her brain, we’re also pretty excited to share that the multi-hyphenate media mogul joined the Short Hair Don’t Care club and the results are effing fantastic.

See? Mindy posted the above pics of her brand-new bob before heading to her book publisher’s party. The author of one of the most anticipated fall reads was out and about late last week to promote the upcoming pageturner Why Not Me? with a talk at BookCon. Filled with more breathless fans and followed up with more buzz than One Direction’s first Zayn-less concert, it’s safe to say we’re not the only ones counting the days ‘til her book’s release.

In true superstar fashion, Mindy was also immortalized in a piece of swag that beats the Britney Spears Barbie dolls or Justin Timberlake bobbleheads of yore. Art and design press label Valley Cruise Press shared the above picture of the pins they made for Mindy’s new book, which we’ve been scouring eBay for ever since.

You: Wait, wait, so you’re telling me TWO of the most beautiful-inside-and-out famous women are rocking the bobs and lobs?

Us: See if they can squeeze us in too.

The new cut, which is a snip or two shorter than the longer lob-like ‘do we’ve seen oodles of celebs sharing selfies of recently was the work of hairstylist to the stars Christopher Naselli. He reposted her ‘grams and confirmed the style as a “super chic bob” — go forth and get scissor happy with your next ‘do, friends.

Are you as jazzed about Mindy’s new book as we are? Show us/Mindy some love below!

Lisa Raphael
In her past professional lives, Lisa has served the masses as the Editorial Director at Brit + Co, Bieber Whisperer at J-14, Golden Girls Fan Club Prez at Lifetime and Talk Show Host Understudy to Katie Couric. Now, she's taking on the sports world at The Relish, teaching Hairography 101 in her spare time and will forever be trying to fill the hole Zayn Malik left in her heart.
Celebrity Hair
Hair
Celebrity Hair