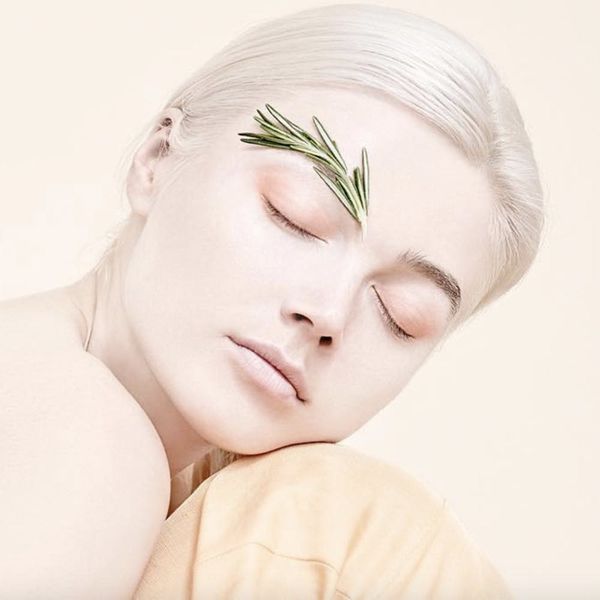 Model and body positive San Francisco blogger KhrystyAna has been big, small, and everything in between. In recent years she has built a successful career as a plus-size model, but she never shies away from talking about the pressures women face simply by existing in the world.

In the past, she’s used her Instagram account to talk about everything from the “f” word (fat, a word she considers a positive) to loving your cellulite. Now, she admits that as a once thin woman struggling to break into modeling, her weight gain actually helped her see that trying to force herself into a too-small box not only exhausted her but left her unhappy.

In 2013 I thought I wasn't small enough to be a fashion model and technically i have never been small enough. Even back then with all the dietary suffering and daily long hours at the gym I was at 37.5 hip size, a bit too thick. Was I happy? Absolutely not. I did not care about my happiness nor mental health, it was all about getting the next gig. I found myself depressed going through identity crisis. I gained more weight, hated myself more and more until I had no more energy left within me to hate anything. But exhaustion was somehow freeing. Freeing from thoughts. Blank brained, I looked at this newer but older me. No more striking judgments. Why? Why should we ever wreck ourselves? For career? parental approvals? romances? or fame? Why did I? Why would you ever? TRUST the NOWEST you, trust that this is deserving of all your love. It really does. ---- yours, Newer but older Khrystyana -- 1. Photo by my good friend @danrappa 2. By @stephgeddes

In stunning before and after photos posted to Instagram last week, KhrystyAna admits that while trying to break into modeling back in 2013, she was starving herself and working out for hours every day. Looking back, she realizes now that no amount of exercise could make her the standard size for many runway models, but that her struggle to attain perfection led her to a dark place.

“Was I happy? Absolutely not,” KhrystyAna says in her post. “I did not care about my happiness nor mental health, it was all about getting the next gig. I found myself depressed going through identity crisis. I gained more weight, hated myself more and more until I had no more energy left within me to hate anything.”

KhrystyAna’s weight gain forced her to step back from her modeling career. But what some would see as a failure, KhrystyAna realized was her freedom. The distance from her toxic career pressures gave her a moment of clarity about what she was doing to her body that eventually helped her realize that she deserves love, regardless of how big or small she may be.

Once she realized the power of her body as it is and not based on some unattainable ideal, KhrystyAna went back to her modeling — this time, with MSA, an agency that prides itself on supporting its diverse roster. Her career is now flourishing (she has a Times Square billboard!) and she’s using her platform to talk to other women about loving the body they’re in — big or small — a reminder all of us could use from time to time.

How are you learning to love your body in the here and now? Tell us @BritandCo!

Kat Armstrong
Kat has been a writer, social media maven and mom for longer than she's willing to admit. She's also spent time in front of and behind the camera, interviewing celebs, politicians and acting as a producer for fashion and artistic photography shoots. When she isn't writing for various orgs and publications, she's hanging with her kids, husband and French Bulldog, Peter, in Toronto, Canada.
Body Positive
Diversity
Body Positive Every Body
More From Diversity