Morning Buzz! Rosie O’Donnell Gets the Steve Bannon Makeover We’ve All Been Waiting For + More 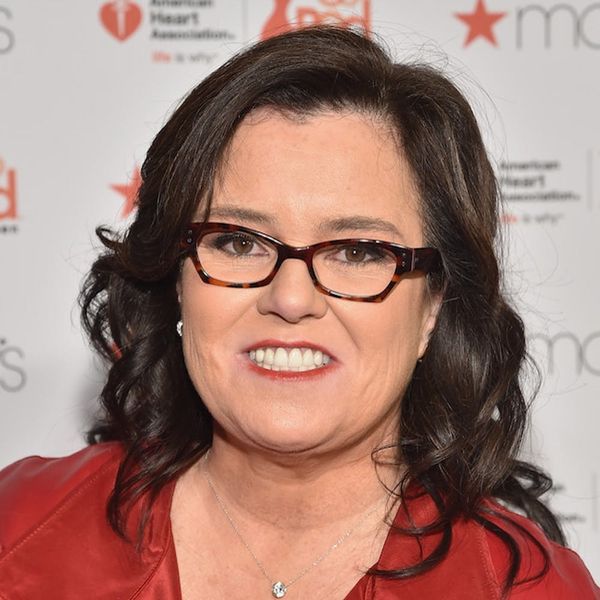 President Trump’s tweets inspire more memes and Khloe Kardashian celebrates a new kind of freedom in this morning’s top news items. Check those and more out below.

1. Ever since Melissa McCarthy made us cry-laugh with her Sean Spicer impression on SNL, Twitter has been calling for Rosie to guest star as President Trump’s Chief Strategist Steve Bannon. Last night, dreams came true when Rosie changed her Twitter pic to a brilliant photoshop reportedly made by one of her followers. Do you see this, SNL? We’re smelling some comedy gold, here.

Donald Trump: See you in Court!
The Court: I'm a court so… pic.twitter.com/itq5unj1fY

2. President Trump’s “See you in court” became an instant meme last night. After a federal appeals court ruled to keep the hold on the Muslim travel ban in place for now, President Trump took to Twitter to express his anger over the decision, all-caps tweeting “SEE YOU IN COURT, THE SECURITY OF OUR NATION IS AT STAKE!” Many immediately pointed out that the decision had just in fact come from a court, and proceeded to not-so-subtly roast him.

3. Even Hillary Clinton couldn’t help but get in on the trolling. After the court ruled to keep the travel ban on hold, Hillary’s account tweeted a simple “3-0,” referencing the court’s unanimous ruling from its panel of three judges. Of course, she wasn’t exempt from criticism over her tweet, either.

#LadyGaga packs on some cute PDA with new boyfriend #ChristianCarino while snapping a recent selfie at the #SuperBowl. Click the #linkinbio for more photos of the couple!

4. Lady Gaga has moved on from ex-fiancé Taylor Kinney and is reportedly dating her agent. New love! Christian Carino, an agent with the Creative Artists Agency, was seen giving Lady Gaga a smooch and with his hand on her hips as she took a selfie before the Super Bowl last weekend. Gaga and her ex-fiancé Taylor Kinney called things this off this past summer after a five-year relationship.

5. Khloe Kardashian celebrated dropping “Odom” from her last name with this AMAZING driver’s license cake. Kim K’s Snapchat is literally the best show not on TV right now, I swear. Last night she shared videos of the cake Khloe’s assistants got her to celebrate the removal of her ex-husband Lamar’s last name Odom. “You guys, look what Khloé’s assistants got for her because she got a new passport without her old last name. It’s her new last name,” Kim said, showing the drivers license cake. “Happy Name Change!” is written at the bottom in frosting, “13 Freedom Lane” is listed as her address (which people thought was her REAL address!), and “skinny bitch” is listed as her weight. LOL.

I decided to plow now I am stuck darn!!!!! pic.twitter.com/htdUI9iXfW

6. Quote of the day: “I decided to plow now I am stuck darn!!!!!” Martha Stewart gives new meaning to #ShePersisted here, making herself more of a legend in the process. TGIF, amirite?

Have you ever gotten stuck in the snow? Let us know over @BritandCo!