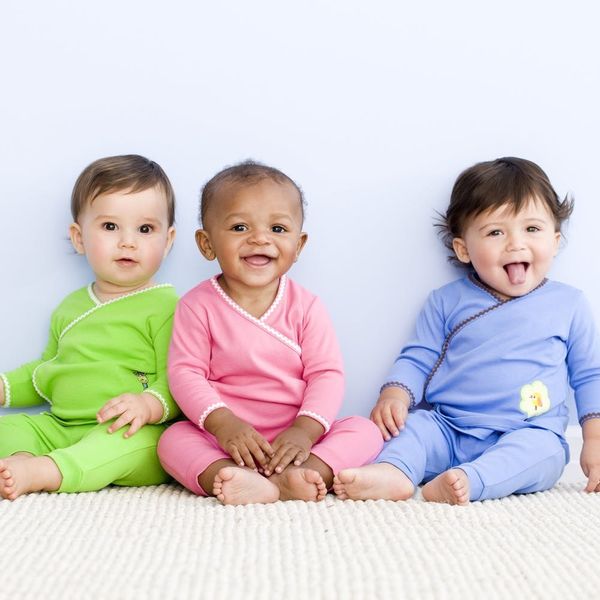 Halfway through 2018, Olivia and Atticus are holding tight to the popularity crowns they claimed as the top baby names on Nameberry in 2017.

It’s in second place that baby names 2018 get interesting. Amara, the multicultural girls’ name with roots in three continents, entered Nameberry’s Top 10 for the first time in 2017 and now is all the way up at Number 2 for girls.

Amara, a name that’s come into widespread use only in this century, is also climbing official popularity lists in the US, England, and Germany. Think of it as today’s answer to Amanda and Mary and you’ll understand the source of its appeal.

The surprising boys’ name at Number 2 is Milo, up from sixth place in the year-end tally. Another multicultural choice, Milo was the name of an ancient Greek Olympic wrestler and is grandfather to also-stylish Miles. Like Amara, Milo stands at around Number 200 on the official US list. It’s even more popular in England, Germany, and Sweden.

The top girls’ names for the first half of the year show a decided trend toward longer, more formal, vintage names. Florence, Cordelia, and Anastasia have replaced Ellie, Jade, and Khaleesi. Genevieve, Beatrice, and Freya are among the biggest risers while Zoe, Molly, and Mia were among the fastest-falling girls’ names.

On the boys’ side, Nameberry’s visitors are also loving sophisticated Continental names in 2018, but prefer short and punchy choices. Elio, Otis, Otto, and Atlas are new to the boys’ Top 100, and among the fastest risers are Lewis, Owen, Lachlan, and Caspian, taking over from Zachary, Xavier, and Nathaniel.

Nameberry’s most popular names list is based on number of views each name received for the first half of 2018. It gauges interest in these names rather than tracking actual babies who received the names, though it can be an accurate indicator of future trends and popularity standings.

The 20 most popular names for boys and girls on Nameberry for 2018, so far, follow. For the full list of 100 names, visit Nameberry.

This post was previously published on Nameberry by Pamela Redmon Satran and Esmerelda Rocha.