The 10 Hottest US Summer Destinations, According to TripAdvisor 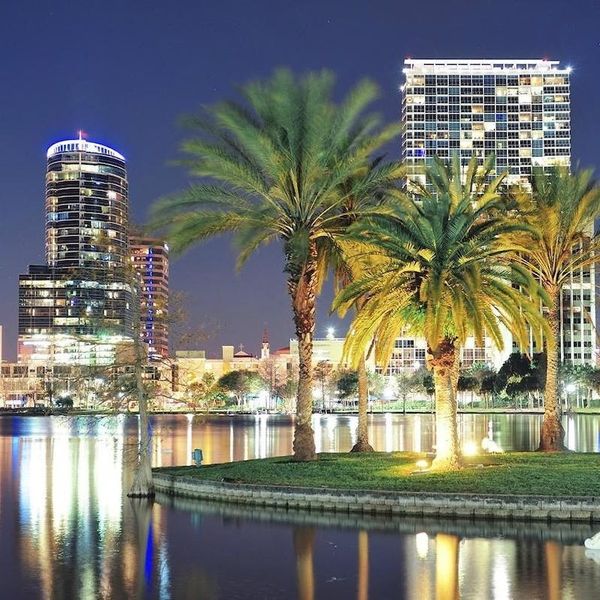 You don't have to travel far to have a great vacation. In fact, there are countless destinations just a short drive or flight away that have everything you want in a summer getaway — great weather, endless entertainment options, activities for everyone — and you won't even need to pack a passport. TripAdvisor looked at hotel/attractions booking interest for over 3,500 US-based TripAdvisor users between June to August 2019 and found that 55 percent of travelers were planning domestic trips (and many were, unsurprisingly, beach-bound). Here are the 10 most popular US destinations for the summer.

Orlando, FL ($216 Hotel Summer Average Nightly Rate): Sure, Orlando is theme park central, but between Diagon Alley at Universal's The Wizarding World of Harry Potter and the photogenic treats at Walt Disney World (including vegan options and boozy beverages at Epcot, you'll find something for everyone. Plus there are plenty of watersports, Everglades tours, and scientific discoveries at the nearby Kennedy Space Center.

Las Vegas, NV ($167 Hotel Summer Average Nightly Rate): Summer is prime time for Sin City, which combats the desert heat with your pick of pool parties, iconic shows and concert residencies (Cher, Janet Jackson, and Gwen Stefani to name just a few), top-notching dining and shopping, nightclubs that don't stop, and anything and everything that'll create memories you may or may not want to leave in Vegas.

Myrtle Beach, SC ($250 Hotel Summer Average Nightly Rate): Imagine small beach town charm, but with 60 miles of beaches along the Atlantic Ocean. Myrtle Beach has accommodations for every type of traveler, whether you're looking for an oceanside resort or family-friendly option. And the Boardwalk has endless entertainment options, including the 200-foot tall SkyWheel.

Maui, HI ($533 Hotel Summer Average Nightly Rate): There's something about island life that just makes you slow down and relax. On Maui, drive some or all of the 65-mile winding and scenic road to Hana, catch the sunrise on a dormant volcano, get your fill of delicious Hawaiian food, and of course, soak up some sun on a number of warm beaches (including several black sand ones).

Ocean City, MD ($286 Hotel Summer Average Nightly Rate): The beach and boardwalk are the main attractions in Ocean City, and throughout the summer, the city hosts free weekly events like concerts and movies on the beach. Just eight miles away is Assateague Island National Seashore, where wild ponies wander freely around the marshes and grasses.

Key West, FL ($336 Hotel Summer Average Nightly Rate): Head south... all the way to the southernmost point of the continental US, which is found in Key West. You can also find some literary inspiration at the Ernest Hemingway House, where the author lived for 10 years. Before heading home, make sure to have a slice of the city's signature dessert, Key lime pie.

New York City, NY ($329 Hotel Summer Average Nightly Rate): New York is truly a city that never sleeps, which is ideal when those hot summer days transition into warm nights. See a Broadway show, peruse art at a museum, stroll through Central Park or over the Brooklyn Bridge, shop along 5th Avenue, indulge in fine dining or grab and go at a food truck, and check out architectural gems like The Oculus, The Vessel, or the 9/11 Memorial.

San Diego, CA ($283 Hotel Summer Average Nightly Rate): Come to San Diego for the beaches, whether you're a surfer or not, and stay for the beach lifestyle. Temperatures are almost always warm, which make outdoor activities possible year-round. There are numerous gorgeous hiking spots, like Torrey Pines State Natural Reserve, which overlooks the Pacific. And animal lovers, don't miss the San Diego Zoo, the most visited zoo in the US and home to over 3,500 animals, including koalas, polar bears, elephants, and more.

Virginia Beach, VA ($272 Hotel Summer Average Nightly Rate): Virginia Beach is a beach with history; First Landing State Park is near where the first English colonists arrived in 1607 (and is now an area with hiking trails, picnic areas, and campsites). You'll also find Cape Henry Lighthouse — there are actually two lighthouses next to each other, and the original one was the first to be commissioned by the US government in 1792. For some modern comforts, head to the three-mile boardwalk or the Virginia Aquarium & Marine Science Center.

RELATED: These Are the Cheapest European Destinations from Every State This Summer