Whoa: NASA Could Soon Be Making Rosé in Space 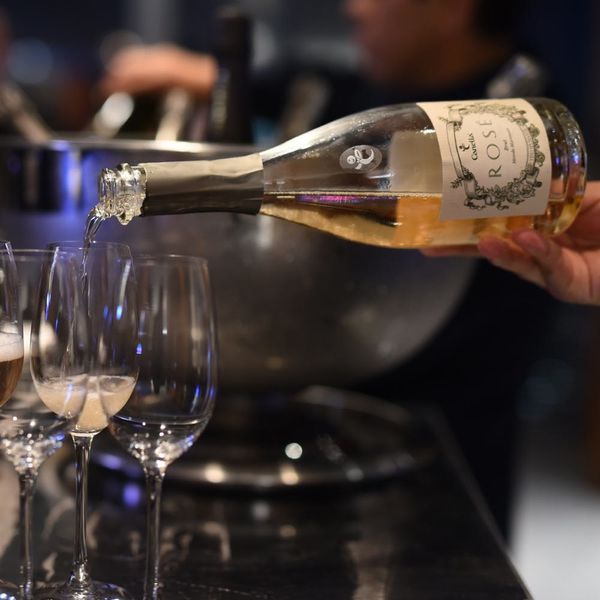 If you’ve ever had dreams of visiting outer space, there’s a very good chance there could be a drink waiting for you while you’re up among the stars, should you ever get the chance.

The space-exploring folks over at NASA have announced that they’ve activated a veggie plant growth system on the International Space Station, and while the hope is for the gadget to “eventually enable the crew to regularly grow and consume fresh vegetables,” it also sets up the possibility for growing the vines needed to make wine.

Gizmodo asked the principal investigator for NASA’s Vegetable Production System, Gioia Massa, about the science behind setting up a sort-of vineyard in space. “We have been working with some dwarf fruit trees that the USDA developed, and I have heard that they also have some dwarf grape vines, so if the plants were small enough or could be trained around, for example, lights, it would certainly be possible to grow them.”

If you’re thinking that this is an unlikely possibility, you should probably know that, according to Elite Daily, China has reportedly already sent Cabernet Sauvignon, Merlot, and Pinot Noir vines into space to see how they’d do in a microgravity climate. Though we don’t yet know the results of this incredibly important experiment, it’s definitely proof that we’re not the only ones who would enjoy a glass of wine while floating among the cosmos.

And when it comes to turning the spacey grapes into wine, sommelier Amy Ovecka assured Gizmodo that it’s totally do-able, saying, “If you can grow or acquire wine grapes, you can make wine anywhere.” Let’s hope anywhere includes the moon and beyond!

Hey, we’ll take our rosé frozen, rosé in a can, or even as a rosé chocolate bar (mmm!), but rosé made in space takes things to an entirely new level… literally.

Would you need wine to be available before you even considered heading into space? Let us know @BritandCo!