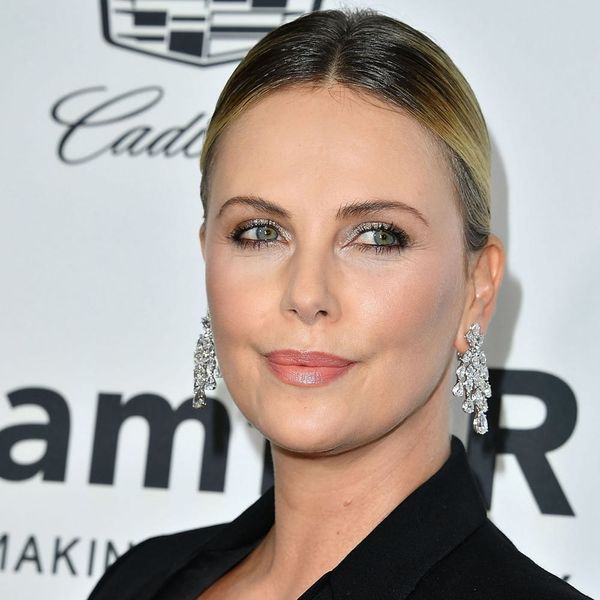 Girlboss, a TV show loosely based off of Sophia Amoruso’s autobiography #Girlboss, is coming to Netflix in the spring, but before it found its home with the streaming company, producers shopped it around. The showrunners had a vision of how they wanted to tell the story, but it almost didn’t happen the way they wanted it.

The show, according to executive producer Charlize Theron, is an exploration of success and how it requires you to fall on your face sometimes. Sophia built her business, Nasty Gal, from nothing, going from dumpster diving in her teens to owning a multimillion dollar company. Inspiring, right? Well, apparently some networks didn’t think so.

In a Netflix panel today, the women of the show talked about a particularly disheartening meeting with some network executives who didn’t share their vision. “When we did pitch it, they said, ‘You can’t call it Girlboss and you have to make it more for men,'” showrunner Kay Cannon revealed. Needless to say, the brains behind the show didn’t take well to that critique. “If we’re gonna make the show, we’re gonna make the show we want to make,” Charlize said.

She also talked about how in the current climate of Hollywood, actresses always have to worry about not being “too abrasive,” censoring expletives and adhering to the expectations of femininity. “You have to wonder did Robert DeNiro and Jack Nicholson never had to worry about things like that when they filmed their movies?” she countered. When she first began acting, women were always the girlfriend or the trophy wife, and now, she says, young actresses like Britt Robertson (the star of the show) who take on empowering roles inspire her.

After being turned down by network after network, the group decided to go with Netflix, because they believed in the message of their show, and Netflix seemed like the platform to carry out their vision. The creators wanted to make the show predominantly female, and this showed in the writers’ room and the crew. “[Even] behind the scenes, the crew is overwhelmingly female,” said Kay. “I’m a true believer that the future is female,” Charlize added. “We are an unstoppable breed and I just f*cking love being one of them.”

Girlboss will premiere its first season on Netflix on April 21.

Are you excited to watch Girlboss? Which girl bosses are you looking up to right now? Tell us @BritandCo!

Shea Lignitz
Shea can be found in the nearest bookstore or brewery, exploring the great outdoors, or blasting Led Zeppelin. She grew up in the cold and rain of Northern California's redwoods but is currently wandering around Texas.
Feminism
Pop Culture
Feminism Netflix Streaming
More From Pop Culture