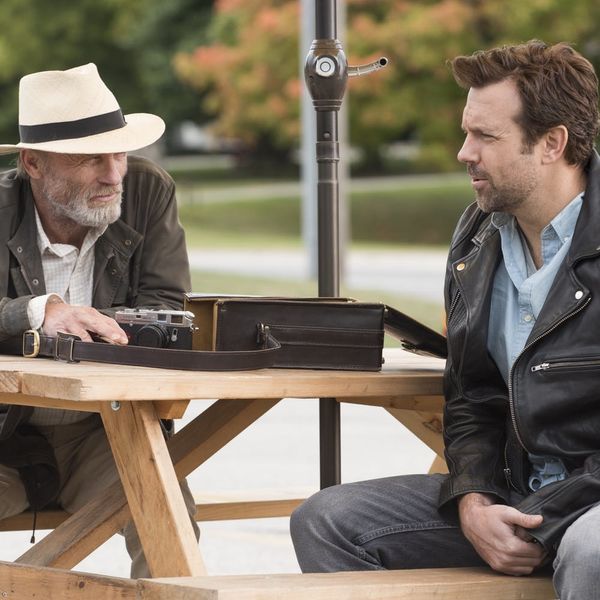 There’s never a shortage of great stuff to binge on Netflix, and lately, the streaming service’s original content is holding its own as some of the best entertainment available. The latest Netflix movie, Kodachrome, stars Jason Sudeikis, Ed Harris, and Elizabeth Olsen — and it looks like it’s going to be a total tearjerker.

Kodachrome tells the story of Matt Ryder (Sudeikis), who is talked into accompanying his long-estranged photographer father, Ben (Harris), on a road trip across the country. The purpose of the trip? To get four old rolls of Kodachrome-brand film developed at the one lab that can do it before it closes for good. The catch? Ben is dying — and despite his and Matt’s differences, this might be the last time they have together.

Matt is, of course, reluctant to spend any time in close quarters with the man he says he hasn’t spoken to in over a decade, but Ben’s nurse Zoe (played by Olsen) convinces him otherwise. There’s also a subplot about Matt — who himself is a struggling A&R rep at a record label — potentially signing a career-changing band that he catches at a club along the way.

Kodachrome, directed by Mark Raso, looks like a classic story of familial forgiveness and redemption, with the chance for some meaningful lessons about living in the moment along the way. In other words, it looks like you’re going to need a box of tissues for this one. Check it out on Netflix on April 20.

Will you watch Kodachrome on Netflix? Let us know @BritandCo.