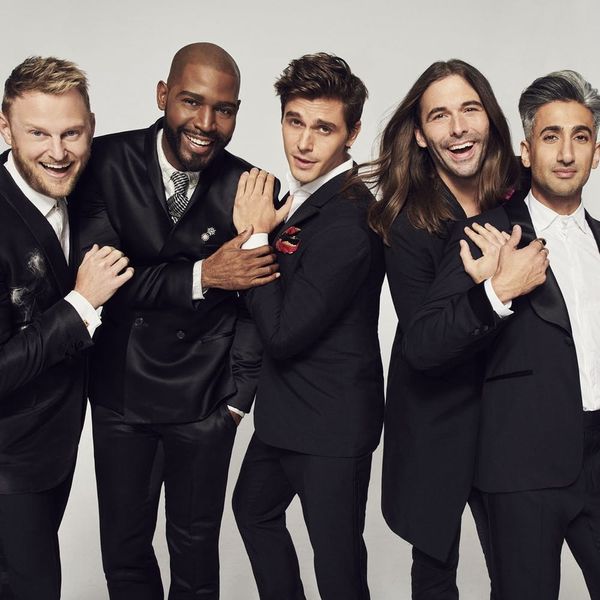 Rest easy, Queer Eye fans! Netflix has just revealed that its beloved reboot of the makeover show has been renewed — and new episodes are expected to drop before the end of the year.

The news was announced on Monday, along with the renewal of four of the streaming service’s other popular unscripted series — the Nicole Byers-starring Nailed It!, Dope, Drug Lords, and The Toys That Made Us.

“These series are indicative of what we’re trying to accomplish for Netflix unscripted: working with world-class producers to create the best unscripted shows on television,” Bela Bajaria, vice president of content, told The Hollywood Reporter. “These series elevate the genre with innovative takes on familiar formats. They deliver immersive and nuanced stories. They elicit so many emotions from viewers, from tears of laughter to tears of joy — and that’s just Queer Eye.”

Netflix’s adaptation of the original Queer Eye for the Straight Guy TV show was a huge hit upon its early February 2018 release. The Fab Five expert panel — Antoni Porowski, Tan France, Karamo Brown, Bobby Berk, and the infectiously spirited Jonathan Van Ness — became instant stars, and even some of the contestants managed to steal viewers’ hearts. Case in point: The lovably self-deprecating Tom Jackson, who starred in episode one, had fans freaking out when he revealed that he had gotten engaged to his ex-wife (and the love of his life), Abby, after the show helped to revamp his self-image.

So far, no exact release date for new episodes has been announced, but Netflix says they’re “coming soon.”

Who’s your favorite member of the Fab Five? Tell us @BritandCo!