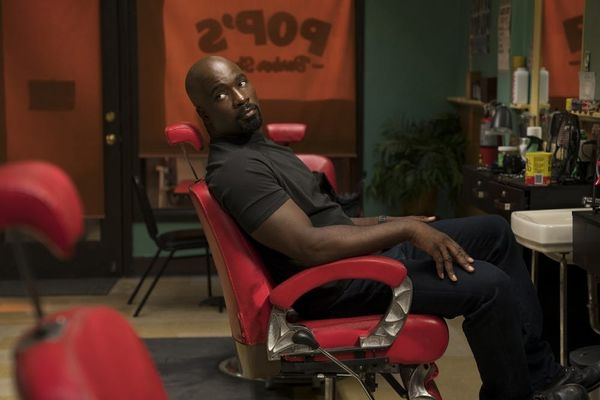 It’s a sad day for Luke Cage fans, as Netflix has just taken everyone by surprise by canceling the series after two seasons, despite a buzz-worthy season 2 premiere this past June.

Marvel and Netflix broke the news in a joint statement on Friday, October 19, announcing, “Unfortunately, Marvel’s Luke Cage will not return for a third season. Everyone at Marvel Television and Netflix is grateful to the dedicated showrunner, writers, cast, and crew who brought Harlem’s Hero to life for the past two seasons, and to all the fans who have supported the series.”

According to a source who spoke with Deadline, the news came as a surprise to everyone involved, as half of the 10 episodes that were set to make up a third season of the show had already been scripted and delivered to Marvel and Netflix for approval this week.

Deadline reports that a writers’ room had spent the past six months working on the scripts, and cast members, including Mike Colter, were all under contract, leading everyone to believe that a third season was indeed inevitable despite not being confirmed.

Series creator Cheo Hodari Coker took to Twitter after the news broke to share his disappointment over the unexpected decision, telling fans that he’s walking away from the series with “a lot memories. A lot of individual thank you calls to make. Just want to say thank you to Marvel, Netflix, the best writers’ room, cast, crew, the Midnight Hour, all those who graced the stage at Harlem’s Paradise and the most incredible fan base in the world. Forward always…”

This is the second Marvel series Netflix has canceled in as many weeks. The streaming service previously announced on October 12 that Iron Fist would not return for a third season.

What do you think of the sudden Luke Cage cancellation? Tweet us @BritandCo.

Barbara Pavone
Barbara Pavone is a pop culture-obsessed writer based in beautiful (but ridiculously cold) Montreal, Canada. When she's not working, she's sipping on a Pimm's Cup and daydreaming about her celebrity hero, Saint West.
Netflix
Streaming
Netflix TV
More From Streaming